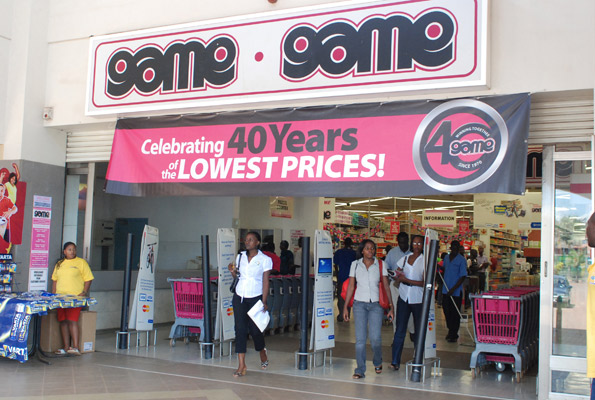 It has been in existence for several years and continues to rule the industry.

But the big question remains that what has enabled Game stores to remain strong and what gives them an edge over others.

There several reasons for this success as detailed below;

The Game supermarket is taking a deliberate effort to serve their clientele better by locating their branches strategically.

Most of their branches are located where there is secure and enough parking space, so that customers have peace of mind while shopping.

Customer loyalty programme, where clientele is given cards on which they can redeem whenever they shop above a certain amount of money is a major plus for their customers. “Other players in the retail business also have such cards, but the rewards are more competitive”.

The Game Supermarket offers discounts to its loyal and frequent customers which has strengthened its market base and increased on the sales.

The Game Supermarket also tries to keep their prices as low as possible so that they can attract customers from different classes. They receive diplomats, as well as students, that show you how they serve pretty much everyone who can access their branches.

The supermarket makes efforts to get as much feedback from customers as possible. “They have customer feedback forms that they give out to their customers. They ask them to be as sincere as possible about what they think about their services.

The Game supermarket provides a variety of goods, both local and imported.

A few years back, the Private Sector Foundation of Uganda (PSFU) launched a campaign dubbed “Proudly Ugandan”, to enctheirage Ugandans to consume more Ugandan products. Some stakeholders in the retail business have been criticised for not giving Ugandan products the same mileage as imported ones in their stalls which the Game has mastered well.

The Game supermarket treats products equally. They give each product its own space, whether it is Ugandan or from somewhere else.

This makes shopping easy. They have so many Ugandan products, when you look at the plastics, the milk, even simple brooms. Besides rewarding customers, the Game supermarket treats all its customers with care and love.

Flash Uganda media will keep you updated with any promotions coming up at the Game supermarket.