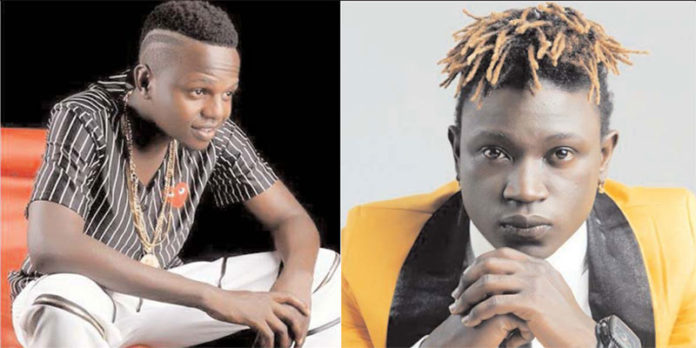 If there is any trending musician in Uganda or Radio stations, Social media and TV stations then it’s Feffe Bussi the smallest rapper after his controversial “who is who” song which has forced many rappers to do songs in the same rydim to challenge him. In his song he tells Gravity Omutujju is not a rapper and looks like a monkey among other abuses. He also rubbishes Fik Fameica as a mechanic and a beginner and ignores other artistes (hip hopers) like Navio, Mun G, Da Agent, Baba Luku, among others claiming he has never heard of them and they should do something for him to recognize them.

This song has received maximum air play on almost all radio station in the past two weeks and this forced other singers to come out with replies to the Yes/No hit maker. Among these include the fastest rapper Da Agent of the Mayi song who released “Who is me” to answer Bussi’s who is who question. Others include the kadongo kamu singer Abdul Mulaasi, Recho among others and the recent news reaching our desk indicates that rapper Victor Kamenyo will be releasing his song called Nagasaki on Monday 26th March as a warning against Feffe Bussi. As well the ‘Embuzzi zakutudde’ singer will be coming with another song after his bampalana.

Feffe Bussi has released several songs like Yes/No both part 1 and 2, movie featuring Fik Fameica and Tip Swizzy among many other songs and it seems he is enjoying the fruits of beef songs at the moment.