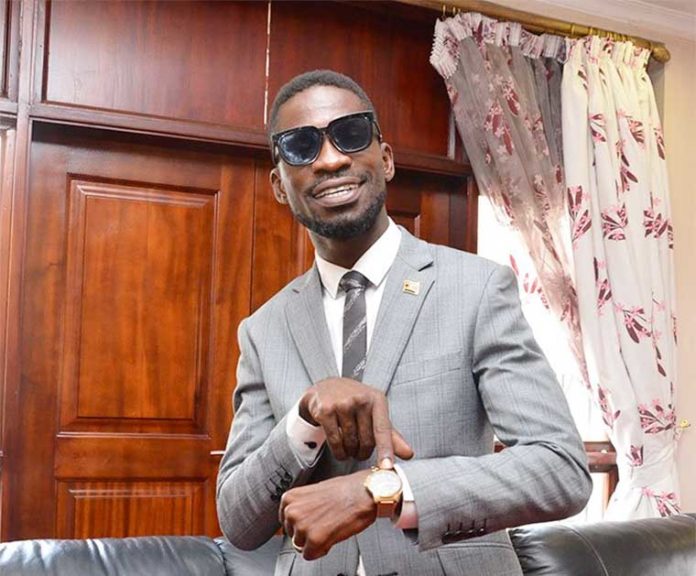 While appearing on Radio Simba’s Simba Taxi morning show hosted by Micheal Kakande Kapalaga on Saturday morning, Singer and self proclaimed Ghetto President Robert Kyagulanyi Ssentamu alias Bobi wine came out and dissed Bebe Cool and Jose Chameleone that he no longer has time to perform on a battle with them but maybe on two conditions. One they should first contest and become Member of Parliament or councilors and secondly they should first form a batch (Team) on one side and Bobi wine on the other side.

“I am too busy with constituency work, I promised my people roads, bore holes. I no longer have time for such shows. More so I think there is no artiste that deserves my time anymore” the Aidah singer told Kapalaga.

This came after he was asked about the Chameleon-Bebecool battle which was rumored to be organized by Promoter Balaam of Balaam Marketing Agency this year. When he was asked about the ongoing beef and diss songs which have been released by several Hip hop artistes like Feffe Bussi, Da Agent, Victor Kamenyo, Abdul Mulaasi, Gravity Omutujju in the Who is who challenge, the Specioza hit maker and member of Parliament for Kyadondo East said that this is healthy for the music industry because they also practiced it and helped them but cautioned them that these battles should remain in words not actions to eliminate and avoid bloodshed.

It should be recalled that music battles between leading artistes have always been one of the most attended and hyped music shows in Uganda and these include Bebe cool-Bobi wine battle, Bebe cool – Good life battle, Bobi wine – Chameleone battle among others.

That aside Bobi wine will be performing this Easter Sunday at his Busabala One love beach alongside Feffe Busi, Kabako, Fic Fameica, Nubian Li among others.