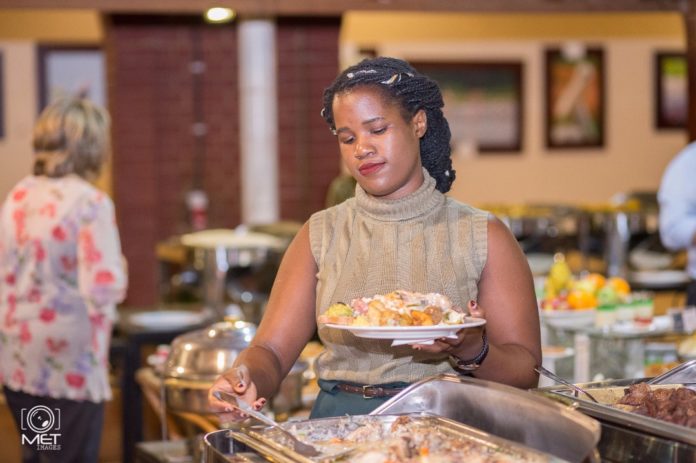 As part of its commitment to enhance cohesion, togetherness and team work among employees and the company leadership; Hariss International Limited held its annual staff party on 16th March 2019 at Kabira Country Club, Bukoto.

Dubbed #HarissDay, the end of 2018 party was a fanfare with employees and their employers indulging themselves in remarkable display of talent while wining and dining together.

Speaking at the party, Hon Latif Ssebagala, the Member of Parliament Kawempe North profoundly admitted that even though they are many companies located in Kawempe, Hariss International is number one.

“Over the four terms I have been in the Uganda Parliament, we have received a lot of complaints from workers of several companies but I can confirm here and now that we have never received any petition or complaint about Hariss International. This means that Hariss International works in harmony with her staff and always rewards hard work,” Hon Ssebagala said, adding;

“As we collectively work to fight unemployment which is a big challenge in Uganda, I pray to the almighty God to enable Hariss International grow more and open up so many branches across our country so that people in other parts of Uganda also benefit from Hariss International opportunities.”

The Kawempe North Member of Parliament thanked the over 1700 Hariss International staff for their immense contribution but also spared some time to advise them on how to get ever much better.

“I want to remind you that you are not paid for what you studied, but for what you do; your input, efforts and handwork.  As you execute your duties; continue being honest, committed and above all treasure what you do. Thank you so much for putting us on the map,” Hon Ssebagala concluded.

On his part, Mr. Yasser K. Ahmad; a co-founder and chairman of Hariss International revealed to the attending staff that his company is very proud, committed and dedicated to the Ugandan market.

“As leaders of Hariss International, we shall continue to support you, our dear staff in each and every way possible. We shall continue to invest in training, mentorship and better working conditions for you.  Our priority is on Ugandans. We don’t want to import expatriates to come and work here. We believe in Ugandans and are willing to continue our investment in them,” Mr Yasser Ahmad said.

He added; “Unlike those multi-nationals with headquarters in America and/or Europe, our headquarters are here. We are proudly Ugandan. We want to work from Uganda and win over markets in East Africa, across Africa and the rest of the world.”

All the staff that attended the event went home gifted with over 100 taking home top honours from the different Awards categories. Some went home with UGX 5 million richer than how they arrived.

Mr Chadi Ahmad, the Sales and Marketing Director noted that while 2018 was a very competitive year, his Hariss staff never disappointed and as such the end of year celebration was in order.

“In 2018, we saw our staff grow to 1700 people (permanent and temporary). This is very huge considering that we were less than 300 in 2013. In 2019, it is important for us to use our time wisely. Dedication and team work must be continued. We need to give twice, double our efforts so that we can overcome any challenges now and in the future.”

The party that started at 3pm, went on until 10pm. It was spiced up by acts from Myco Ouma, Levixone, Rema Namakula, Bebe Cool and Moses Golola.

Located in Kawempe, Hariss International Limited is one of Uganda’s leading manufacturers of food and beverages. Since its inception in 2005 the production of both food and beverages has been operating under the brand name RIHAM.

RIHAM has grown into a well-known household brand over the years, and has greatly captured the support of the mass market. The brand currently operates a broad product portfolio comprising of Carbonated Soft Drinks, Natural Mineral Water, Juices, Malt & Energy Drinks, Premium & other biscuits.

Hariss International Limited was founded in Uganda, and was built on principles and foundations laid by its founders Mr. Yasser. K. Ahmad, Mr. Chadi. K. Ahmad, and Mr. Izzat. K. Ahmad. Today, the company stands with the philosophy of the same entrepreneurial spirit and determination.