The highly awaited gala-night of the significant 9th HiPipo Music Awards 2020 which were slated on Saturday 14th March 2020 at Victoria Hall of Kampala Serena Hotel is postponed to unknown dates until further notice by the official organizing team.

The official announcement for the postponement of this gala-night has been made on the event’s website.

The uncertain blocks for it to happen on the dates which were formerly proclaimed to the public owes to unexpected happenings that have made a key supplier unable to complete and later on ship major project necessities on time.

The development has been today morning relayed to the key stakeholders, local and international partners of HiPipo Music Awards by the CEO of HiPipo Innocent Kawooya.

In the info passed, there was a texture that depicted regret for any inconveniences caused by the rescheduling, nonetheless, all other arrangements like voting in all the 9th HiPipo Music Awards categories lingers via the website https://hma.hipipo.com/vote/ and the venue still stands Victoria Hall of Kampala Serena Hotel.

Following the objectives of promoting, recognizing and celebrating the music excellence across the African continent, the annually organized HiPipo Music Awards by HiPipo (U) Limited still assured to hold a pronounced gala-night in the motherland.

The 9th Edition contenders of the HiPipo Music Awards 2020 were exposed after a two months’ nominations submission and the clean-up process with the music stakeholders like performing musicians, Artists, Audio/Video Producers, Sound Engineers, Artist Managers, Events Promoters and Managers, Entertainment Media, Public Music Consumers and Fans mainly coming from Uganda, East Africa and the rest of Africa were involved in this exercise.

The event will attain various activities ranging from performances and awarding of the commendable contenders.

Being a special gala-night will be preceded by a special red-carpet event hosted by Dro Hyve and Abigael Gabriella and the main hosts of the event are King of Radio Wesley, Golola Moses and Co-hosted by Diana Tinka.

READ  Panic as Chinese National quarantined in a Kampala building 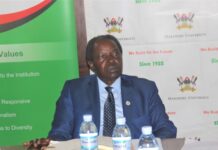 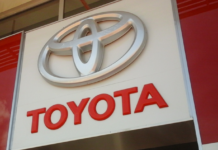 Museveni Says Has Employed More Baganda Than the Banyankore