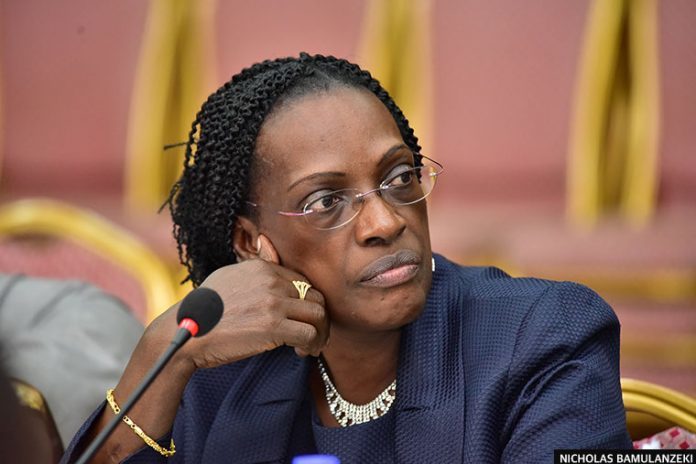 The parliament’s Commission, Statutory Authority and State Enterprise (COSASE) committee has also started investigations into the illegal closure of the National Bank Of Commerce, one of the many commercial banks that were liquidated by Bank of Uganda under directions of Tumusiime Mutebile and Justine Bagyenda.

Reports indicate that National Bank of Commerce (NBC) was sold through a phone call to Crane Bank by Justine Bagyenda, former Bank of Uganda (BOU) director of commercial banks supervision which is against the laws governing financial institutions in Uganda.

According to what was stated to COSASE on Monday this week, indicates that Bagyenda directed the sale of NBC without any written document but instead the sale was conducted and completed through a phone call.

BOU officials disclosed to MPs of the committee that, NBC was closed and sold to Crane Bank (which was later closed and sold to DFCU Bank last year) without any documentation or minutes recorded prior to its closure. An act they termed as “Casual way of handling critical business” by Bank of Uganda.

However, BOU director for financial markets coordination Mr. Benedict Ssekabira stated that, NBC selling in 2012 was always lessened by disputes between minority and majority stakeholders alongside limited capital to maintain a float required by the Central Bank and as a result this necessitated its closure.

Ssekabira also said that, Justice Bagyenda proposed the deal to unknown Crane Bank Officials claiming that Central Bank has no any other choice than Crane Bank.

She also said that, other commercial Banks were ‘SHY’ about NBC acquisition.

“When the decision was taken, the process to acquire an acquirer who would give comfort to the depositors to easily access their money was conducted on phone. All the other banks were shy, its only crane Bank that was strong enough to swallow NBC”, Mr. Ssekabira said.

More to that he noted that “Crane Bank was strong and willing to transact on this and we proceeded to write a confidential agreement”, He explained.

And as a result the chairperson COSASE Abdul Katuntu accused Ms. Bagyenda and Mr. Ssekabira of selling NBC without any written document and ‘hawking’ it.

“Before you took over as a liquidator, you were hawking this Bank. For you to start making phone calls and calling people saying there is a Bank here, will you buy it? That is nothing other than hawking”, Mr. Katuntu stated.

The committee was also shocked that to learn that there were no official invitations made in the process of selling this Bank.

“The process to identify who the acquirer of the Bank would be was conducted on phone like it has been described in what we did with GTB”, said Kantuntu.

Explaining to the committee on Monday Emmanuel Tumusiime Mutebile BOU governor said that during the sale of the Bank he had a conflict of interests since he was shareholder of the Bank, hence delegating the matter to his deputy Louis Kasekende.

“I thought I had made this very clear so that nobody expects me to answer any other question regarding this process”, Mutebile noted.

Accordingly, Bagyenda also had no answer to the question regarding the transactions made to the land worth 400b at a cost of 300b Uganda shillings from NBC to Crane Bank questioned by John Muwanga the Auditor General earlier.

Besides the following shareholders had disagreements, fights with the minority shareholders that retarded the Bank, deprived its capital base and enhanced cumulative bad loans.