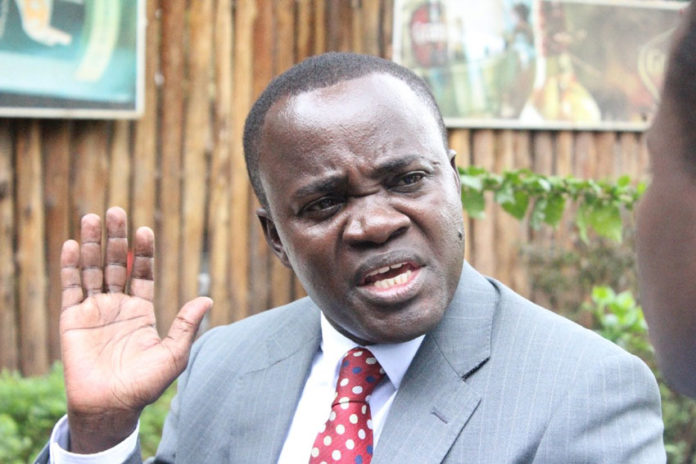 Dr Deus Kamunyu, the MUASA chairperson suspension case hearing began today with the committee investigating the method in which he was suspended from Makerere University.

Today Kamunyu appeared before the committee investigating the circumstances under which he was suspended, but no conclusive decisions were arrived at. In an hour closed door meeting.

Kamunyu said some of the claims raised where strange and shocking.

“Most of the things that they were raising are not within my knowledge particularly relating to that letter. But the challenge was the difference between my job as a Lecturer Department Forestry and also my position as Chair MUASA.”

Also, Kamunyu admitted earlier accusations by the Vice Chancellors that he was dismissed from Makerere University business school for indiscipline.

“It’s true, yes, I was dismissed from there, in the same circumstances fighting against impunities and against staff, and also issues of the pay roll and those issues that I raised. I didn’t come out of MUBS because I was a criminal it’s because the law was being broken, and I want to state it categorically that the IGG investigated our activities and cleared us.”

Relatedly, Kamunyu says that he hasn’t vacated his office as stated by the VC Prof Barnabas Nawangwe, in the suspension letter directed to him.