Who is Kin Kariisa Abraham?: Flash Uganda Media looks at his biography, age, family, wife, tribe, net worth, NBS Television, work and experience, early life and education of the CEO of Next Media Services.

Kin Kariisa Abraham is a Ugandan businessman, philanthropist, and CEO of Next Media Services, a multimedia company in Uganda mostly known for its flagship television network the Nile Broadcasting Services (NBS Television).

As a businessman, Kariisa emphasizes hard work, perfection and quality. He says this helped him so much in growing his business.

Kin Kariisa Abraham was born on 24 August 1976 in Kafuunjo – Ruhaama, Ntungamo District. He was born to a family of 10 brothers and four sisters from two mothers. Kariisa was a stubborn boy and naughty during his childhood days.

He attended different schools in the seven years of primary because his mother faced difficulty in raising school fees. Kariisa was a bright boy in class and as a result, he won several prizes at school for excellence.

His name Kin Kariisa has meaning; Kin means gold in Japanese while Kariisa means ‘looking after’ in his mother tongue. Kariisa’s family were cattle keepers, he narrates but one morning thieves stole all their cows and remained with nothing.

This was the only source of income the family depended on. So their mother switched to business to provide for the family. She started making pancakes to meet her family’s needs assisted by her son Kariisa who was then 7 years old, he worked as a salesperson using his bicycle to ease movement.

Kariisa was raised by a single mother after losing his father in 1978 at only two years old while his mother died in 2010 when he was fairly a successful businessman.

Kariisa attended several primary schools in Ruhaama for the seven primary school years, then Gombe Secondary School in Mpigi for his O’ Level education in 1994.

During that year Kariisa emerged as the best mathematics student in the Uganda Certificate of Education (UCE) in the entire country.

From Gombe SS, Kariisa joined Kibuli Muslim Secondary School in Kampala where he completed his A’ Level studies. He studied Physics, Economics and Mathematics (PEM) and was the best student in Economics in the final exams (the Uganda Advanced Certificate of Education).

After his A’ Level, Kariisa joined Makerere University where he attained a Bachelor’s Degree in Statistics with a second class upper and was retained by the university as a teaching assistant to teach Computer Science at the Faculty of Computing.

Later, he proceeded with school and attained a Master’s Degree in Computer Engineering from Huazong University in China.

However, Kariisa did not complete his PhD course, he dropped his fully-funded PhD Course to focus on business and he has no regret for it.

Kin Kariisa began working as a barber in Mbarara Town, Mbarara District during his senior four vacations in 1995. He set up a salon assisted by one of his brothers and made some good saves from the business.

Then after joining Makerere University, he began developing web applications for a Danish company, Metrocomia Uganda ltd in the year 2000.

After some time, Kariisa quit Metrocomia and founded his own company, Kin Systems, one of the first ICT companies in the country. Courtesy of his success with Kin Systems, Kariisa was contacted by President Yoweri Kaguta Museveni to develop a campaign system that would automatically send messages to mobile phones.

He was then appointed Assistant Presidential Advisor on Information Communications and Technology (ICT) by President Museveni.

Kariisa also served as a lecturer of e-Government and Information Security at Makerere University, Kampala, Uganda and Radboud University, Netherlands.

Lecturing at Makerere University allowed him to get into broadcast media and when his friend began Nile Broadcasting Services (NBS) TV in 2007, he became a partner and eventually bought shares in the company.

In 2008 Kariisa turned CEO of NBS Television, currently one of the famous television networks in Uganda after taking it over from the then owner Nathan Igeme Nabeeta, former Jinja East MP.

He grew it into Next Media Services, a multimedia company that runs two television stations, NBS and Sanyuka Televisions, NXT Radio former Jazz FM in 2018, an online news portal the Nile Post, digital communications agency and productions houses that’s Next Communications & Next Production.

Kariisa is the current Chairman of the National Association of Broadcasters, an umbrella industry association for all Television, Radio and Online broadcasters in the country.

Kariisa was the well-turned CEO of the NBA and began developing a product covering 20% of the target.

Kariisa as well serves as the chairman board of directors for Nile Hotel International enterprise that owns Kampala Serena Hotel.

In another set of responsibilities, Kariisa is also the chairman board of directors Soliton Telmac, the leading telecommunications technology company in East Africa, supporting both the basic and complex infrastructure that facilitates electronic communications across East Africa.

Kariisa is also the Chairman of Kin Group, an umbrella group of his other businesses that’s construction, ICT, real estate, automobile, oil and gas.

Kin Kariisa is married to Juliet Kariisa birth name Juliet Janat Tumusiime. The two got married in 2004 and together they have three children namely; Jamila Kariisa, Kin Kariisa Jr and Shaka Kariisa.

A survey conducted by Public Opinions International, a Pan African Organization, ranked Kin Kariisa among the most influential Ugandans in 2019.

The estimated net worth of Kin Kariisa in 2021 is between $1 and $5 million, according to unconfirmed reports.

He most times likes reading inspirational and business motivated books i.e. ‘How to be a Steve Jobs’ by Collins including books written by Brian Tracy and Hilary Hinton Zig Ziglar.

Kariisa also likes playing golf and most times spends his free time attending to his wife and children.

Kin Kariisa likes Julius Nyerere and Nelson Mandela because of their consistency. 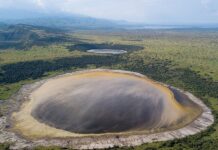 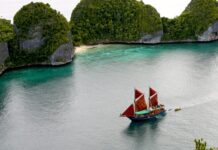 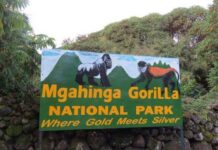