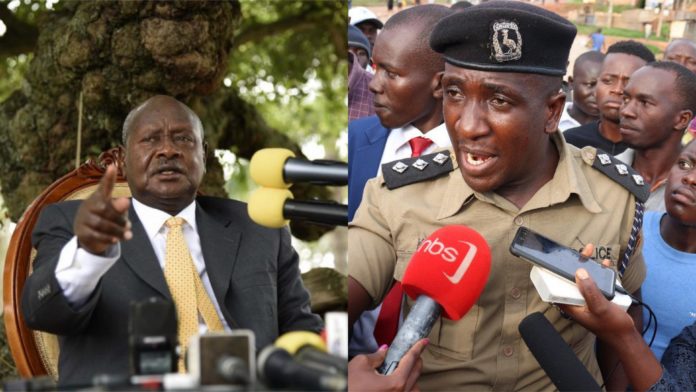 The latest news reaching our desk now are that President Yoweri Museveni has released a statement following the assassination of Afande Kirumira which took place at around 21:00 hours on 8th September 2018.

Of recent, President Museveni has adopted the use of facebook and twitter to send messages directly to the people and this is what he wrote on his facebook page today;

Condolences on the brutal killing of police officer Muhammad Kirumira at Bulenga. I visited the scene of crime at 23:00hrs.

The criminals are still using the gaps I identified in my speech to Parliament. You remember the 20th June 2018 gaps? The Police Force are working hard to fill the gaps. They have started installing the cameras and other measures are being put in place.

The electronic identification of boda bodas would have helped us to identify these people quickly. However, while still using the old methods, I want to salute the residents of Bulenga for, although not armed, some Boda Bodas gave chase to the killers- 4 of them riding on motorcycles – up to Mile 9.

That limited counter- action may help us to expose the killers as happened in the case of Susan Magara.

On the urban criminals, the sub- committee of security began meeting at 10:00hrs under my chairmanship and we are to stop these pigs by not just relying on the old police methods.

Pending the installing of cameras etc everywhere, we are going to re-activate the Luweero methods to deal with these cowardly pigs. Wait for my announcement this afternoon.