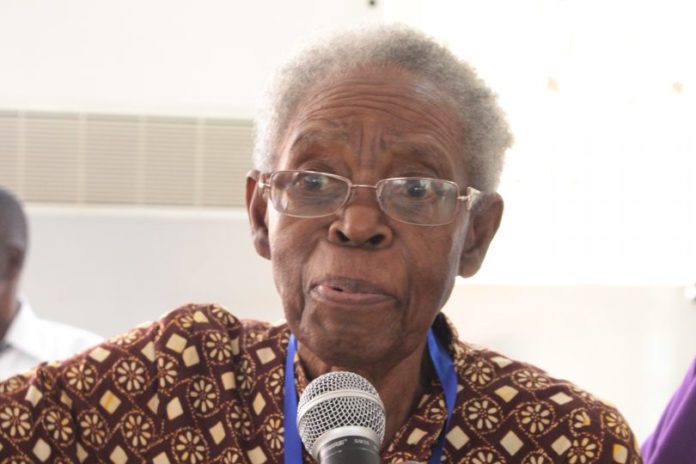 Dr. Odoi Tanga, the chairman Makerere University Convocation said the university community is instead proud of what Dr. Sarah Ntiro later became. He said as the convocations celebrate her for accepting to be used by God as the most champion.

“For her to have braved the lonely journey in what was largely the world of men then, is aspiring to many young women out there that are struggling to break the chains and pains of inequality,” Dr. Tanga said on Tuesday.

Ntiro graduated in 1954, from Oxford University with a Bachelor of Arts (Hon) in History.

Dr. Tanga said that Dr. Sarah Ntiro’s momentous life reminds the University of the role of teachers in raising a brave, adventurous and useful people.

“Teachers like Dr. Sarah Ntiro’s parents are central in the liberation of the most marginalized who can later transform the world view. Their support and love could have raised her to excellence,” Tanga said adding that Dr. Sarah Ntiro must have died a happy alumnus because a lot has been done in her time.

The university now graduates more women than men at the undergraduate level and a lot is being done to address all gender gaps that still exist contrary to her time.

Also, girls at the university today can do any course of their choice once qualified unlike then when she was told that she could not do Mathematics as a subject of her choice.

“Makerere University has had a chance to mention her name in honor as her first female graduate,” Tanga said adding that the Convocation pledges to start a debate on her immortalization as one of rare, beloved daughter and treasure.

He also lauded family for keeping Sara Ntiro in good health and asked them to allow the convocation to celebrate her saying that Makerere knows that she sincerely loved the university.

Meanwhile, Dr Ntiri’s body on Wednesday will be taken to Kololo prince Charles drive plot 53 for a vigil.

On Thursday at 9 am, there will be a Service at All Saints Cathedral Nakasero.

On Friday, prayers will be held at St. Peter’s cathedral Duhaga Hoima starting at 10 am and thereafter Burial in Kiganda Hoima Municipality.