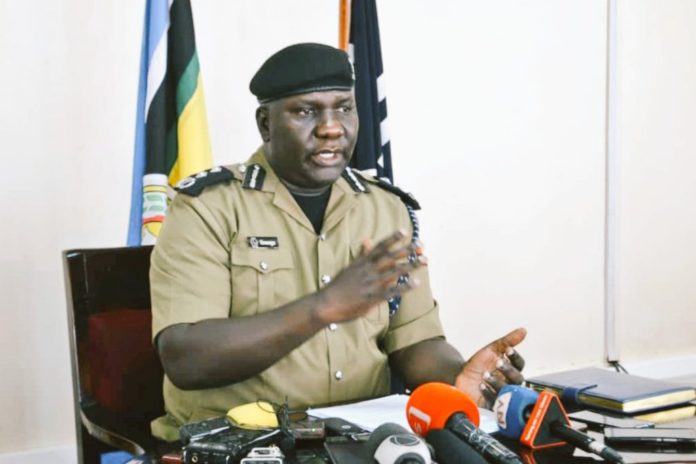 MTN and Airtel Uganda, the leading Telecom companies in Uganda, received a police request to have all phone printout to help them get the person who ordered Ronald Ssebulime’s assassination.

Last week’s reports indicated that police arrested Ssebulime after suspecting him to be trailing State Minister for ICT, Idah Nantaba. Eyewitnesses say Ssebulime was handcuffed and later shot dead after a shot while.

According to eye witnesses earlier statements to journalists, before the policeman pulled the trigger, he received a phone call from unidentified person telling him that orders have been altered and now he was meant to assassinate Ssebulime.

And ever since the fateful day, police patrol vehicle occupants said that the car shooter was the car commander CPI Edward Ssali.

Fred Enanga, the police spokesperson, in a weekly press briefing on Monday Naguru police headquarters said that they have decided to contact MTN and Airtel to help them in their mission to find out why they shot Ssebulime dead.

“We got a response from MTN and we are waiting for the one from Airtel. We want to find out the communication between the shooter and anyone else.

Enanga says those phone print out are very important in identifying the missing link in Ssebulime’s shooting.

Last weekend police including the police officers who were involved in the operation that left Ssebulime dead, returned to the crime scene in Nagogye for more investigations. But locals were after Ssali’s life.

“We went with them to reconstruct the scene but on reaching there, the locals wanted to Lynch CPI Edward Ssali but we saved him.”

Police notes that locals had clearly identified the man who pulled the trigger to kill Ssebulime under unknown instances.

Furthermore, Enanga said, these officers are mentally fit not under any drug influence at the time they committed the felony, according to medical results after they were tested.

And the three guns found at the scene were taken to a ballistic expert to identify the gun used in the shooting, before recording their final analysis.

“In such cases (shooting) there are always mental issues but the results indicated the officers are normal. By tomorrow (Tuesday) or Wednesday the file will be sent to the office of the DPP to guide us on what to do next.”

Enanga says 999 police patrol vehicle have had a clean and good record in the fight against crimes in the country apart from this recent circumstances.

Enanga as well admitted the fact that their legal department received a sue notice from Ssebulime’s family.

This followed last week’s write up by Muwada and Co Advocates, lawyers in charge of Ssebulime’s case that was directed to police intending to file a law suit against them for SHS9.9 billion over the assassination of their person.

He adds that the director in charge of legal service in police will handle the matter and respond accordingly.