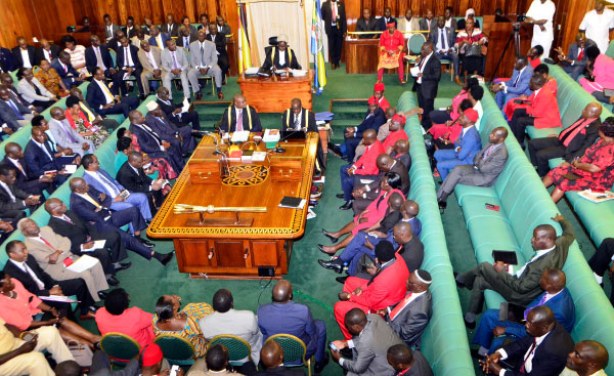 Ms Janipher Nantume Egunyu, the chairperson of the Parliamentary Committee on human rights, requested for a private inquiry into Hon Idah Nantaba incident that led to the death of Ssebulime.

Ssebuliime was suspected to be following the Kayunga Woman MP also the State Minister for ICT, Hon Idah Nantaba, with intentions of harming her earlier on Sunday the 24 of March 2019.

Nantaba was on her from Kayunga district, Ndeeba village, her country home where she spent her weekend, she was heading to Kampala and while in Mukono around Nagogye she met this terrifying incident that claimed an innocent blood.

However, Nantume, woman MP Buvuma District (NRM) said that Subulime’s death is greatly felt by them all.

“Unfortunately, we are continuing to receive questionable narratives from the police and witnesses, all pointing to a prima facie case of extra judicial killing.”

She adds “Cognizant that it’s premature to draw conclusions at this stage of a possible extra judicial killing, as the Committee on human rights wish to point out as follows; an independent inquest in this matter should be conducted.”

Statements from eyewitness say; Ssebulime was arrested, handcuffed before his shooting and to police they said Ssebulime was shot dead after he tried to run away from police officers.

In such instances, a judicial officer who is a coroner is always appointed to lead the investigation process.

On Tuesday Hon Nantaba and his bodyguard were expected to appear before the police to file their statement but they failed to do so.

Fred Enanga, the police spokesperson, said Nantaba and his bodyguard did not pass on a message indicating their failure to appear before the police.

“They are said to be busy. Our officers will wait for them tomorrow to record their statements.”

Enanga adds that forensic investigation is proceeding to find out who exactly owned the gun that shot Ssebulime. He says the results will then be compared with the ones in police records and make the final conclusion.