A section of activists led by the former Deputy Katikkiro of Buganda Kingdom has petitioned Kadaga and President Museveni to change names of colonial streets.

A section of activists led by the former Deputy Katikkiro of Buganda Kingdom has petitioned the Speaker of Parliament Rebecca Kadaga, the President of Uganda Yoweri Museveni and other government bodies to change names of colonial streets in the country.

The group also added that there acting on behalf of other people who have also signed the petition asking for the removal of colonial street names, symbols and monuments throughout the country.

“the continued display of the colonial iconography which elevates individuals responsible for brutalization, subjugation and humiliation of colonized people of Uganda is more of an in the face of many brave people that fought for the political independence of Africa continent from the 15th century until the late 1960s,”the petitioners said.

After the murder of an African American George Floyd by the police on May 25, 2020, protests broke out across the states which saw several confederate statues and monuments destroyed by protesters since they are taken as abusers of the black race.

The petitioners led by the former Buganda Kattikiro say that the developments in the USA and some parts of Europe gave the group courage in their efforts of fighting against decolonization.

“the petitioners are were encouraged by both strong determined movement in parts of the world especially in the USA and UK to challenge an order that has been advantaged by the racist systems built on the black slavery colonialism and racism,” the petition said.

The petitioners have asked the president, Gender and Labor Minister, the Speaker of Parliament, Lord Mayor and all relevant local authorities to respond to the call of decolonizing Africa.

“Therefore we call upon them to remove street names and monuments that celebrate and immortalize colonial subjugators such as Lord Fredrick Lugard, Brigadier Trevor Teman,

Maj.Gen.Henry Colville, Commissioner Harry George Galt and Kings African Rifles who were notorious in their inhumane and degrading treatment of the colonized people in the protectorate of Uganda”.

The group also demands says that the government should remember them b placing their names in the Uganda museum with labelling so that the current and future generations learn and know real stories behind them. 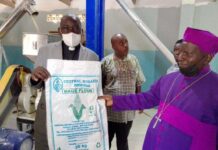