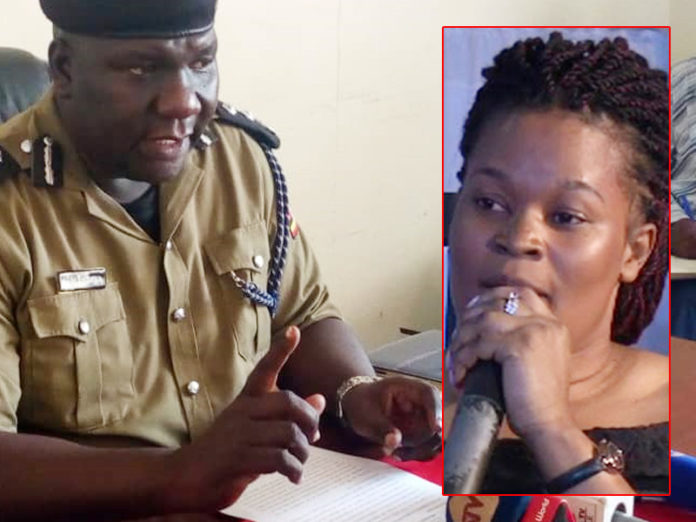 In a media briefing yesterday on Monday the 20 of May 2019, Enanga said that Nantaba’s statement was a narrative lacking clear information indicating why she claims the deceased had a mission of assassinating her.

Additionally, Enanga noted Nantaba refused to be interrogated by the homicide department.

According to Enanga her written statement lacked in-depth information that could aid investigations and they needed more information from her, but she refused to comply.

“The homicide team wanted to get details but she did not give us the information. She is hinging on a version that someone ordered for Ssebulime killing, but she does not explain that in her statement,” Enanga observed.

“We would have relied a lot on a very detailed statement released to the police by the Hon Aidah Nantaba which she did not do. If you look at the statement that she gave us, there is still a lot of information lacking that you cannot get to build on, there are substantial leads that you can get to obtain from that information and she has preferred to go through the media and confront the police through the media,” Enanga added.

On April 11, 2019, Corporal David Ssali a police officer after investigations was revealed to have killed Ronald Ssebulime. It was reported that Ssali shot him twice in the chest even after he cried for mercy and was later charged in Nagalama court.

According to Nantaba, police concealed information, about the alleged syndicate to which Ssebulime belonged.

She claims that shooting Ssebulime dead clearly indicates that they were attempting to close out evidence of the person who’s after her life.