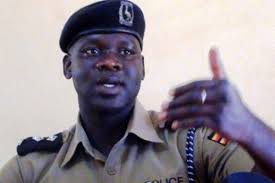 The officer who worked at Kitgum Central Police Station, is said to have raped and impregnated a 14-year-old house maid and on top of that helped her abort that led to a rapture of the girl’s uterus.

“I was hired as a maid at a monthly salary of shs40,000. My work was to take care of children and do some house work,” the victim said.

According to the victim, three months later, she was defiled by this policeman. And after the act, this policeman threatened to end the girl’s life if at all anyone gets to know the incident.

“My plans were to keep the money I was working for so that I could get back to school. Since I had dropped out in primary five, after my parents failed to raise the school fees and scholastic materials,”

The Palaro Police Constable is accused of defilement that happened in January 2019.

The girl who was defiled was a minor, who dropped out of school from Palabek Kal in Lamwo District in 2018.

After dropping out of school, she went to stay with her relatives in Palaro Sub-County. While travelling she lost her way and someone dropped her to the nearby police station.

And while at the station, this police officer who offered the girl help raped and impregnated her.

The third officer is accused of raping a mentally unwell woman. Police statements indicate that this Nwoya Central Police Officer attempted to rape this woman after she was dropped at the police station by someone who found her in the wilderness.

Jimmy Patrick Okema, police spokesperson, Aswa Region, said the three victims will be charged for the crimes committed as persons.

“We are happy that the law has taken its course on the implicated police officers and we hope justice will prevail anytime.”

The three victims are on remand, awaiting trial and conviction from courts of law.

According to police records, in Aswa Region that accommodates 8 Districts, 267 defilement cases and 103 rape cases have been recorded since January 2019.