Cassava is a drought-resistant and food security crop as it can remain two to three years in the soil and can be planted and harvested at any time of the year. But its now greatly affected by African Cassava whitefly according to NARO.

In Uganda, over 70% of households grow cassava and it generates 22% household incomes to the poor in rural areas according to the Food and Agricultural Organisation (FAO) 2016 report.

Despite its huge importance, cassava is still mainly produced on a small scale as most commercial farmers are reluctant to venture into it because of the high production risks constrained by pests and diseases such as whiteflies.

Whiteflies are found in all cassava growing areas of Uganda. They are tiny white insects that feed on the cassava leaves and are usually found on the underside of the young leaves of cassava, where they also lay their eggs.

The eggs develop through instar stages and take about one month to become adults.

When they feed on the cassava leaves, whiteflies cause damage to the plant and spread Cassava Mosaic Disease (CMD) & Cassava Brown Streak Disease (CBSD).

CMD and CBSD can make the cassava leaves to turn yellow and also lead to stunted growth of the cassava plant as well as leading to yield loss.

Often most ignorant local farmers tend to learn that their cassava plants are infected at the time of harvest when they cannot reap anything from what they sowed as Tom Omara, a Roots and Crops Researcher at National Crops Resources Research Institute- NaCRRI explains.

According to Omara, a cassava farmer can lose yield up to 45% as a result of the whitefly because the insect is both a pest and a vector at the same time since it feeds on the cassava leaves and they turn yellow and it also carries two diseases the CMD and CBSD.

Omara says that farmers should desist from spraying to kill the whiteflies as the method is yet to be proven as an appropriate one.

He adds that the chemicals they buy recklessly may also affect their health as individuals since they are less educated about their proper use.

‘’Most farmers when they see such symptoms they think in terms of killing, why don’t we spray with chemicals but spraying is not good as per the research we have done so far in five districts including Luwero, Nakasongola, Pallisa, Kamuli and Amolatar. Those are the districts tha

Appropriately, Okara adds that farmers should use resistant variables to control whiteflies, however, those who cannot access them must ensure they plant their cassava earlier in the season when the rains have just begun to allow the cassava plants more time to develop before the dry season when chances of them being affected by these flies are high.

‘’The best and most recommended way to control the whitefly is to use resistant varieties, we as NARO we have produced 22 cassava varieties in the last ten years so farmers should ensure they use them,’’ Omara says.

‘’Farmers should plant during March and April, the cassava will sprout and the plants will also grow very first. Cassava takes about 14 to 21 days to come out of the soil then in one month it begins to produce the roots, in that period the plants and the roots themselves will be

Omara however, advises farmers to ensure they burn and bury the affected cassava plants to minimise the spread of the diseases since whiteflies can feed on the sick cassava plant and then carry the two diseases to other healthy plants.

READ  BUSOGA: Sugarcanes out growers insist on Exporting their Canes to Kenya 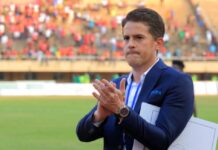 Fufa Opts for Local Coaches, Asks Mckinstry to Step Aside 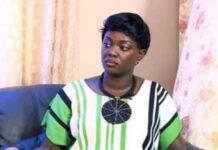 State House Anti-Corruption Unit Arrests up to 19 for Impersonation

State House Anti-Corruption Unit Arrests up to 19 for Impersonation