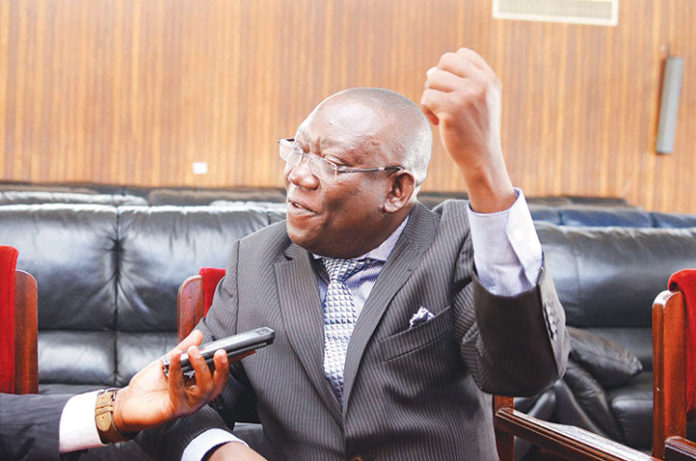 Hon. Kato Lubwama argues that as a shadow Minister for culture he has a role to play in promoting culture including speaking one’s mother tongue and therefore it’s not necessary for him to speak English in his motherland yet he heads the cultural ministry as well.

“I have abolished interviews in English because I will not promote foreign languages in Uganda which do not benefit us.” Kato Lubwama

After stopping English interviews, the MP also, a drama actor went on and said no one pays someone after speaking English.

“No one has ever received a billion shilling because he speaks English and those who speak it are well known for taking a lot of alcohol and they live a very miserable life.”

However, Kato Lubwama set aside claims that the ban he placed on English interviews is a result of the recent fight on a Television Station with Andrew Bajjo.

In his explanation he stated that he has wrestled so much in the industry and now came Bajjo who crossed his limits.

This came after a live English discussion on matters concerning the state of the drama industry in Uganda where Bajjo challenged Kato Lubwama claiming that he rarely speaks English because he does not understand it. This annoyed Kato Lubwama and eventually resulted into a fight.