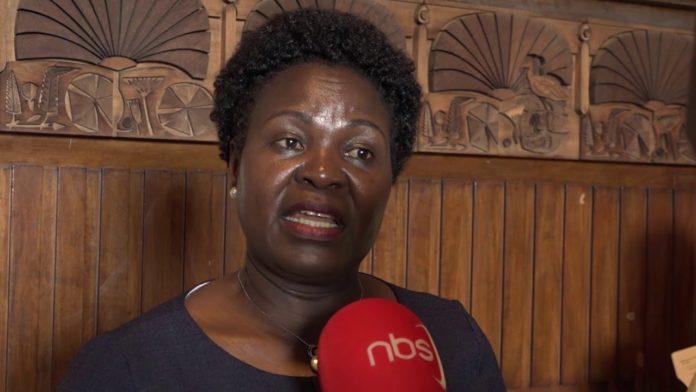 The New Amendments to the KCCA Act by the NRM ruling party is likely to clip City Lord Mayor Erias Lukwago’s political wings.

Ruth Nankabirwa the Government Chief Whip says the consensus has been erected on various matters except on the powers assigned to the Lord Mayor Kampala.

“Every time we have been hearing requests for post ponding of debate just because of harmonisation. Completely new submissions came in, which are not in the Act which we are Amending. So, we required harmonisation,” Nankabirwa confirming the development.

According to NRM, powers belonging to the Lord Mayor should be subjected to the Authority of Central Government.

The move to take political control of the Capital City, is back to the ruling NRM party building consensus around the suggested changes to the law governing the KCCA.

Nankabirwa states that the only area of focus is distribution of power between elected and appointed leaders.

“And the only remaining thing where we need further consultation, is on the functions of the Lord Mayor with that of the Minister because the bill is proposing a number of things and harmonisation was done. So, I was tasked to request the Speaker to really either skip that provision as we debate others or give us more time.”

Behind the scenes, the proposed Amendments are meant to subject the Lord Mayor to the authority of the Minister. A move undertaken by the Central Government to lessen Lord Mayors political powers in serving the nation.

The new Amendments on the KCCA bill also seeks to reduce Lord Mayor’s Authority to chair the Authority’s meetings. According to NRM they want to introduce Authority Speaker to take over Lord Mayors roles.

This followed earlier proposals to rule out Lord Mayor elections which were later blocked at a committee level.

“Me am not for that thing where all powers must go for the Minister. I want people in Kampala to retain that thing of electing their leaders. This thing of threatening then, telling them now we shall not give them services when they don’t take that power to the Minster, am not for it.”

While Ibrahim Kasozi MP Makindye East (FDC) said that the Constitution of Uganda clearly mandates people to elect their own heads.

“The government took over but again the Constitution empowers people to elect their own leadership. So, now, we have the hybrid type of politics, we have the appointees and those who go through the elections.”

“I would vehemently oppose this Amendment because it’s intended to remove powers from the people and vest them into individuals or into the head of state.”