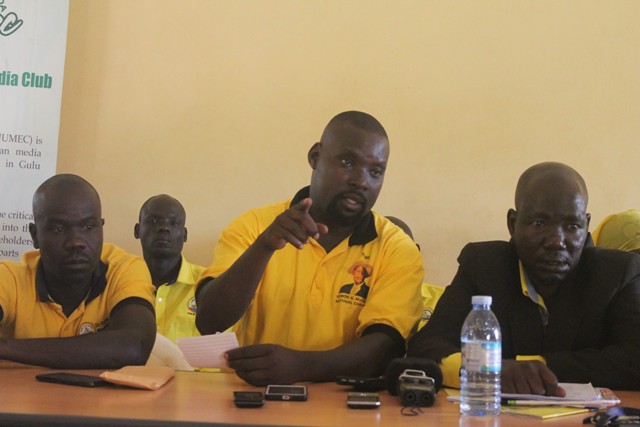 Gulu Acholi region NRM party members have appealed to the office of the party chairman and president Yoweri Kaguta Museveni against unfair treatment by the party or else will quit the ruling party for other options.

Members said the president has failed to fulfill his commitment he made to the Gulu people during the last presidential campaigns. And as a result they are losing patience thus threatened to vacate the party.

They added that the president has for long promised them as Gulu, but until now his promises has ever been pending. So they appeal to the president to fulfill his unfulfilled pledges.

Adding that, issues of operation wealth creation it’s just a mere say that it’s on operational but on ground it’s no longer in existence.

This came in after president Yoweri Kaguta Museveni vowed to extend development funds to youth groups in Gulu region and compensation of people who lost cattle during the LRA war among others in the 2016 presidential campaigns that are yet to be fulfilled.

“But if they keep seeing money going to the opposition, to different groups of people yet others are not being considered. I think part of the meeting they are asking for with chairman of the party is to harmonize such kind of activities and programs and now party members can be utilized to mobilize and work for the party effectively”, Tadwong stated.

He further continued to say that, “So I am very much in support of their meeting with the chairman of the party and I am going to work hard to see that the meeting is conducted as soon as possible”, Tadwong observed.

President Yoweri Kaguta Museveni the NRM party chairman, made handful promises to Acholi region during the 2011 and 2016 presidential campaigns which the Gulu people say have not yet been fulfilled.

However, Mr. Osborne Ocheng Geoffrey the NRM senior mobiliser in the Northern region points out that if the party chairman fails to attend to the people of Gulu region now they will quit the party.

“We are seeing what is happening like he is only interested in protecting the sinners but not the right,  because people are here, party members are here they are yarning but he is not giving his time to the party members”, said Ocheng. NRM defends its recent reappointment of 3 commissioners to parliament.