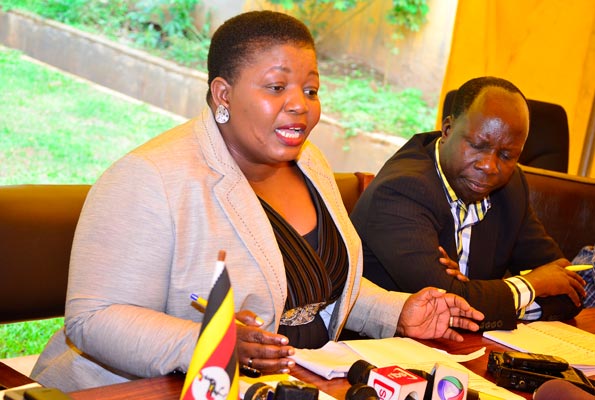 The National Resistance Movement (NRM) has launched a political road map to guide the party towards 2021 general elections. The road map is characterised by various activities between Jan 2019 and September 2020 including hastening the process to sanction new electoral laws and formation of new constituencies and districts in the country.

NRM believes that after the new units are created government will allocate funds to facilitate them. Earlier on, Electoral Commission postponed elections in five newly created districts as a result of limited funds but according to NRM they hope after them creating more districts, government will find it easy to fund them.

Justine Lumumba Kasule the NRM Secretary General said that as NRM, they are the ruling party and they have all the powers to meet people’s demands at any cost.

Lumumba added that, “The activities will begin with mobilising NRM members to go to NIRA for national IDS this month and they will be climaxed in September next year after choosing our flag bearer.”

This followed earlier warnings to government by the Electoral Commission and Ministry of Finance against creation of new administrative units due to its financial impacts.

But according to NRM, Ministry of finance and Electoral Commission have to find money to finance NRM programs which are set to begin in May.

The incumbent president is greatly expected to participate in the elections following the Amendment of the Constitution that ushered the removal of the presidential age limit by the Constitutional Court.

The national electoral body a month ago launched a road map for the country clearing way for the started reforms by different political parties.

And for the case of NRM the incumbent president is highly expected to maintain the position after the Constitutional Court formed a resolution to remove both the law and upper age limit which could have been an obstacle to presidential contestants above 75yrs of age and one below 35 years.

And according to Lumumba NRM SEC has not decided on choosing a successor.

“SEC has never discussed whether under the chair of his excellency Yoweri Kaguta Museveni or his Deputy on issues to do with the successor discussions have not been on. But if you look at the NRM Constitution the process of how one becomes a flag bearer for presidential the process is so clear.”

Nevertheless, a clear green sign for the NRM awaits the decision of the Supreme Court on an appeal challenging the resolution of the Constitutional Court Judges justifying the Amendment.

Meanwhile, Jothan Taremwa, EC Spokesperson has encouraged other parties to embrace the strategy started by NRM to enable them finalise their internal actions before 2020, to allow early planning for national independent electoral commission.

“Other parties should follow suit because the earlier internal party processes, the better for us to organise the general elections.”