Oliver Nakakande is the new Miss Uganda 2019/2020 after beating 21 other contestants.

In an event that was graced by the Miss World 2018/2019, Queen Vanessa Ponce, Nakakande, 24 years was crowned the new Miss Uganda, dethroning Quinn Abenakyo from the post.

Nakakande, who is currently pursuing a Bachelors’ Degree in Business Management emerged the winner with contestants Petronella Acen and Mariam Nyamatte claiming the 1 and 2 runners up positions respectively.

This now means that she will represent Uganda at the 69th edition of Miss World slated to go down on December 14th 2019.

As a token of appreciation for her new role, the newly crowned Nakakande was also awarded a brand new Toyota Wish (red in colour).

The fun-filled event that was held at the Kampala Sheraton Hotel gardens on Friday 26th July also featured music performances from singers like Grenade, Myco Ouma, Jose Sax, among others.

Great music performance from musician, Grenade warmed up the crowd as well, Myco Ouma and Jose Sax also had time to make their instruments talk – playing songs like ‘Wankona’, ‘On The Low’ and ‘Case’ among others on the Guitar and Saxophone.

The pageant was held in a well-built tent but had different sections with VVIP, VIP and Ordinary.

Despite paying an entrance fee of Shs40,000, those seated in the ordinary section could hardly see what was happening on stage and opted to settle for the big screen placed at their front. 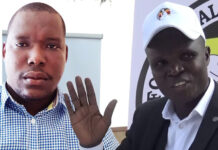 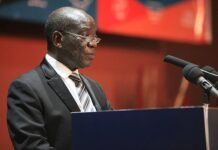 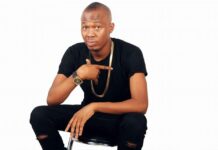