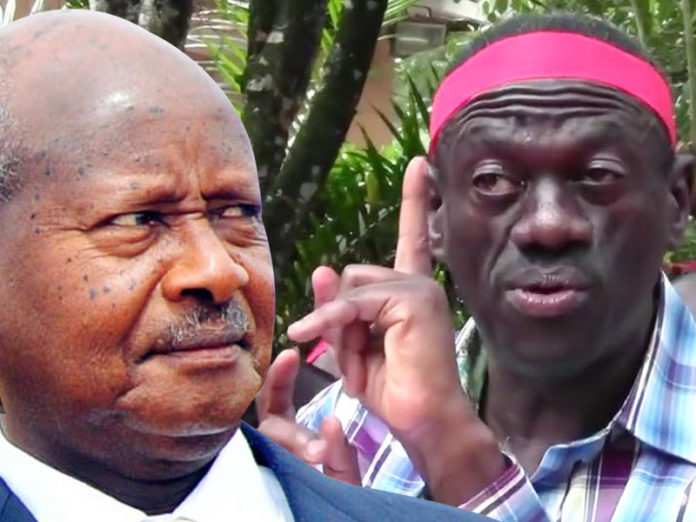 Addressing the journalists in Kampala, Besigye listed his cabinet members he is going to work with, on their journey to governance.

“The person serving as my Deputy in the Office of president is a distinguished Ugandan of impeccable credentials in the struggle and is none other than Hon lord mayor of the City Kampala, Ssalongo Erias Lukwago.”

Amidst cheering crowd Besigye continued to name his cabinet ministers.

“We state that president Museveni is fraudulently sitting on the chair that we must get him out of. And the process of getting him out of the chair he fraudulently occupies is going to get earnestly underway. Again 2019 is the year of action,” Besigye stated.

According to documents issued at the assembly outlining his government structure, Besigye seeks to first unseat President Museveni and place his own government.

Where he himself Dr Besigye as president and his deputy the City lord mayor Erias Lukwago.

The structure is a regional set up led by Governors and the structure goes up to the village level.

However, Government spokesperson Ofwono Opondo also the Director of the Uganda Media Centre responding to the Opposition strategy led by Dr Besigye said that Besigye is wasting time.

“And therefore Mr Besigye is wasting people’s time, he is trying to divert us because clearly over the last two years now Mr Kyagulanyi Robert Ssentamu had pushed him in the back ground of media attention. General Muntu the split in FDC had also put a split. We cannot prevent Mr Besigye and his group from forming whatever they call, because after all there’s a Malwa government. In my village we have Ebunge we call it, there’s a parliament, a president there, there’s a Speaker of that Ebunge, we really won’t waste time with Mr Besigye diverting us.”

“Let us remember that before we went for the 2016, elections Mr Besigye said he had power 10 in every village. 10 people in every village who were going to guard his votes from being stolen. Let him now come back and answer the question, where did these 10 people go? so that his votes got stolen. So, Mr Besigye is really a superfluous fellow. We wish him the best.

Opondo added that Besigye is trying to re attract people’s attention and reposition himself after being set behind the camera.

“Well I suspect that because he had been ignored in 2016, when he sworn himself, he’s trying to recreate in an attempt to provoke a reaction from the State. I think he’s going to be ignored and he will fall by the way side.”