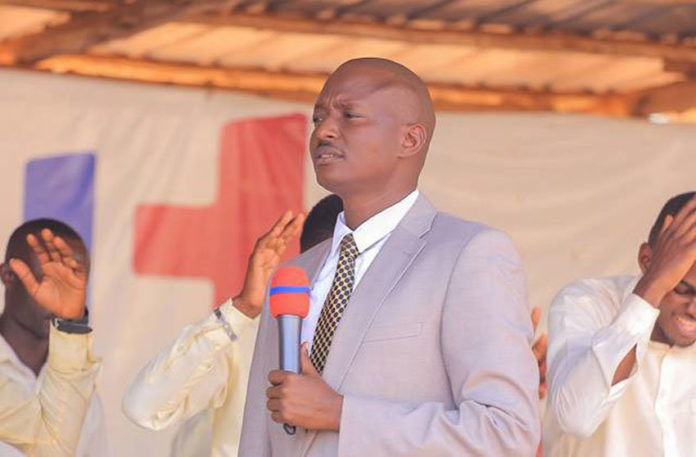 Following earlier claims by the controversial Pastor, Aloysius Bugingo, during the 28 Sunday service sermon that his wife and daughter were attempting to claim the church land before completing the divorce deal, if at all it’s to happen.

“This land does not belong to me, my wife or even my children. This is church land. My wife can go hang,” Pastor Bugingo telling the church on Sunday.

She said they are false claims, and it can never happen because his father is the only signatory to the church land that he says they want to steal and sell.

“My Dad is the only signatory to the land tittles, and to the certificates of registration and ownership of all ministry businesses such as Salt Media.”

Bugingo continued to state that “No one can steal and sell off the property without his consent, even that which is registered in the names of House of Prayer Ministries, such as the land.”

According to Doreen Bugingo her father’s claims are ‘reckless accusations’ and by saying that to the church congregation, he was only trying to justify his ‘impending marriage’ to Susan Makula Nantaba, and wanting church to accept his next marriage which is against the Bible. And to Bugingo, very soon the truth will show up.

She also said her father deserted his marital home way back in 2016, and has been living with Susan Makula. He left them behind without giving them any financial assistance alongside threats of making them poor.

In Bugingo’s communication to the media, she confirmed that his father is set to marry Susan Makula Nantaba officially this year.

Who is Susan Makula?

Susan Makula a beautiful girl in her 30s, she has been working with Salt Media ever since its start, and she’s a church member at House of Prayer Ministries also called Canaan Land, which Pastor Bugingo leads.

And when Salt Television opened up, Nantaba joined, and is currently hosting Health and Lifestyle show and also one of the presenters on the Junction, a relationship show hosted by Pervin Ssenkubuge, daughter to Charles James Ssenkubuge, one of the Salt Media managers and also a veteran dramatist.

Nantaba according to sources from House of Prayer Ministries, she’s like the CEO of Salt Media. They also said she owns the main restaurants at Canaan Land.