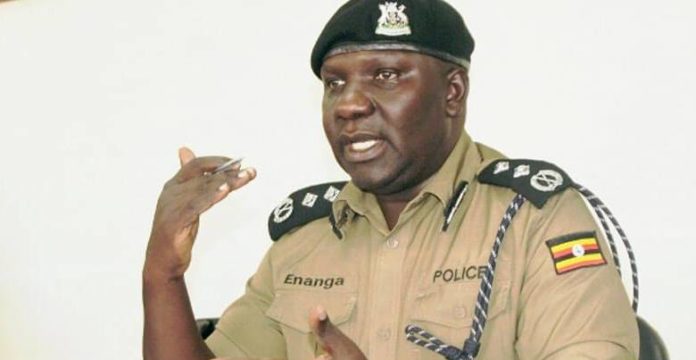 Ministry of Internal Affairs has been asked by police to urge Idah Nantaba, State Minister for ICT, to record a statement regarding her misleading assassination claims that left Ronald Ssebulime, an innocent civilian dead.

Fred Enanga, police spokesperson, says Hon Nantaba after receiving CID summons responded by stating reasons why she’s unable to appear before the CID police to record a statement regarding the assassination threat that eventually shaded an innocent blood.

Enanga continued to say that they need Nantaba’s part of story before submitting the assassination case file to the Director of Public Prosecution to get a legal counsel. And it’s the reason why they involved the Internal Affairs Ministry.

“We are hindered by the fact that she has not reported to record a statement at our CID headquarters. She acknowledged receiving the summons and explained why she could not come to CID. We have thought guidance from State Minster for Internal Affairs, Obiga Kania and we are waiting for his communication.”

Nantaba’s response to CID summon was that president Yoweri Kaguta Museveni instructed her to stay home and advised police who wants her statement regarding the matter to find her at her hour.

However, Enanga said police do not take statements from people’s houses to avoid unnecessary interferences.

“We discourage recording statements from people’s homes because there are always distractions such as phone calls. There’s a way it gives them comfort and this affect the interview.”

Police admitted the fact that their officers shaded an innocent blood after detectives made discoveries that the victim was actually on his way to St Andrew Kaggwa SS Kabimbiri, in Mukono to attend his children visitation day and not really an assassinator as Nantaba had believed.

Ssebulime was then killed at Nagogye Trading Centre. But it was later discovered that he was not a killer after finding food and drinks that he was taking to his children in his bag.

Enanga further said that police got a letter intending to file a law suit from Ssebulime’s family lawyer, but since then their efforts to meet the family to discuss the matter all went in vain.

“Our CPC (Chief Police Commissar) Asan Kasingye and other officers tried to meet the deceased’s mother, sister and children but they made us wait up to 7pm and we left.”

He adds that several politicians are confusing Ssebulime’s family not to accept any police deal regarding the matter.

“Some politicians have made this incident look like it’s the general conduct of the police force. We have tried to meet the family but they are being confused by politicians. We want to meet and discuss on how the deceased’s children can stay in school.”

In the process of investigation, police are now waiting for phone call data printout from Airtel Telecom Company because they already have for MTN to get the last conversation the assassinator had with this unknown person who ordered the murder of Ssebulime.

So far Ssali Edward, the patrol Commander is under arrest including Ronald Opira and Ronald Baganza. While Robert Cherotuch is still at large as investigations proceed.

Ssebbulime was suspected to be trailing the Kayunga Woman MP also the State Minister for ICT, Hon Idah Nantaba, with intentions of harming her earlier on Sunday the 24 of March 2019 on a sort bike.

Nantaba was on her way from Kayunga district, Ndeeba village, her country home where she spent her weekend, she was heading to Kampala and while in Mukono Nagogye, she met this terrifying incident that claimed an innocent blood.

Before meeting his death, Ssebulime was arrested, handcuffed and later shot dead by a 999 patrol police officer, after he received a phone call from unidentified person telling him that the programme is changed, he should gun the man.