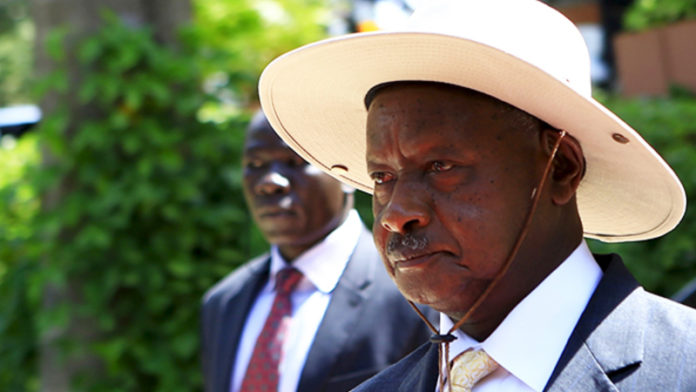 Representatives of different political parties in Uganda held a meeting in Entebbe at Imperial Golf View Hotel on Wednesday, for an inter-party pre-dialogue, to discuss and agree on the structure, composition and implementation of nearing National dialogue.

Arrangements for the planned dialogue are proceeding as representatives of political parties meet in Entebbe to discuss terms and concerns. But some of the concerns to the opposition political parties is perpetual absence of the NRM members in the Inter-Party Dialogue, which strongly affects debate.

Mr. Mwesigwa Rukutana, Attorney General who was present at the dialogue denied allegation and said their absence in the dialogue is not an issue because after all government will render its assistance in the arrangements.

Rukutana however, assured opposition parties that government is not planning to skip the dialogue, but rather more than ready to attend.

He adds that the NRM government have never thought of disregarding this dialogue. And questioned why opposition members were absent when president Museveni launched this dialogue.

“I am here to confirm to you that government is committed to dialogue. The government had similar concerns like other players but we have since understood the need for dialogue and we are ready.”

Nevertheless, opposition leaders said unless government agrees to formulate the law governing dialogue outcomes they will not attend the dialogue.

They said they don’t want to go in a protest, where government, the ruling NRM government will want to choose to implement or not to implement resolutions from the dialogue. That why they seek formulation of this law.

Wasswa Birigwa, FDC National Chairman said that organisers of this dialogue, the Inter Religious Council of Uganda (IRCU) and The Elders Forum of Uganda (TEFU) are still in talks on the seven issues raised in October 2018 by opposition players.

Mr Gerald Siranda, Secretary General Democratic Party warned the Attorney General against his arrogance towards the dialogue, arguing that funding for the dialogue, are government sponsored via parliament not president Museveni.

“This is our country and that arrogance cannot work.”

Mr Ssemusu Mugobansonga, Conservative Party Member, said the dialogue meeting seems to be irrelevant, because nothing positive is expected.

“There is nothing to achieve in sitting here to discuss the dialogue when leaders of most political parties are out on bail because of several charges put against them by the State.”

Henry Kyemba, TEFU member, one of the organising committee for the dialogue observed that they are working hard to ensure that various modalities, the time table and appointment of various committees spearhead the process.

He however, appealed to opposition leaders to attend the dialogue preparations because it will channel their issues to the relevant authorities.

Dr Abed Bwanika, of People’s Development Party said Ugandans participates less in this dialogue, yet the event is quite relevant for the country.

“The are many issue which need dialogue but the Ugandans are not aware of what is taking place. An example is the process of integration of the EAC. Recently the summit mandated the beginning of the process to work on the constitution of political federation but people of Uganda are not aware.”