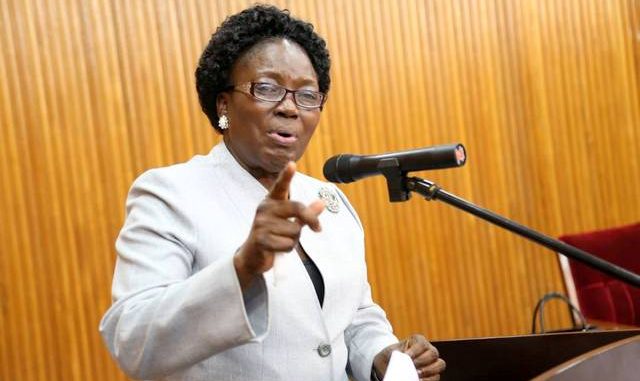 Today Uganda was slapped by sad news after the speaker of parliament Rebecca Kadaga was rushed to Nakasero Hospital in Kampala in a critically unstable condition after failure in breathing.

According to sources close to Kadaga indicate that she was rushed to the facility yesterday night and was immediately taken to the Intensive Care Unit (ICU).

Rebecca Kadaga is currently admitted in critical condition at Nakasero Hospital and today President Yoweri Kaguta Museveni paid her a visit at Nakasero among several other VIPs.

The sources have also revealed that the speaker will as soon as possible be flown out of the country for further medical attention.

However, according to a statement from Kadaga’s Principal Press Secretary Sam Obbo, the speaker is in hospital because of mere fatigue not a serious disease.

Obbo said that “The Speaker of Parliament, Rt. Hon. Rebecca Kadaga, is currently being managed by doctors at Nakasero Hospital, over fatigue. She was admitted yesterday soon after her return from a10-day hectic working tour from Morocco and the United States of America.

We wish you a safe and quick recovery madam Speaker.