The president mentioned that court order should not be used to block multibillion development projects over issues that can be resolved.

He, however, promised the judges that he will be addressing the remuneration and retirement benefits issues considering their limited numbers step by step.

“We shall continue enhancing until we reach comparable international standards. Secondly, on the pension, I want to fight the battle that the pension should be either the same or equal to or near the salary you are getting when you are still active and then the other support the

Speaking, the Chief Justice Bart Katureebe noted the ever-increasing cases with a high court checking on over 60.000 cases and the magistrate’s court 17,000 cases.

“The ministry of justice should start considering proposals to increase the jurisdiction of Chief Magistrates and Grade One Magistrates so that we reduce on the workload of the High Court, and provide speedier justice to the people since accessing Magistrates Courts is easier and 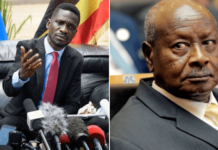 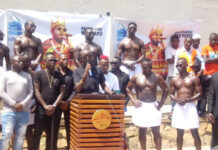