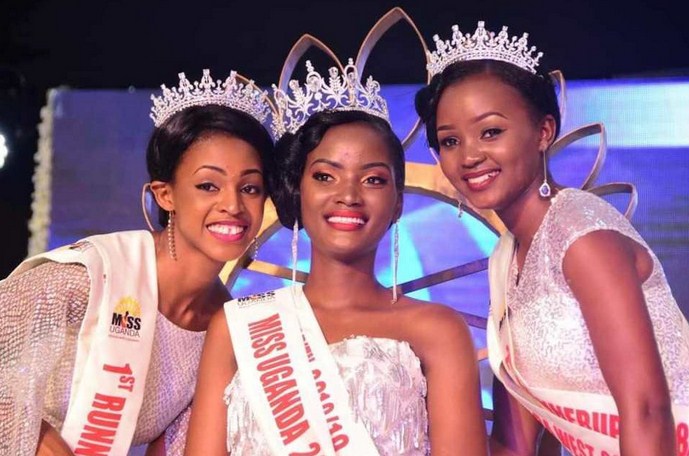 After the Saturday event of the miss world finals in Sanya City China, Uganda’s Quiin Abenakyo emerged 3rd at the global beauty contest and she named miss world Africa being the very first time for Uganda get this honour.

Uganda’s beauty queen Abenakyo made it to the top 5 after the top 12 of the miss world competition, never before for in Uganda’s history.

She has worn the continental crown against Mauritius’ Murielle Ravina to be crowned miss world Africa.

Though the 22 year old Abenakyo missed out the top crown to Mexico’s Vanessa Ponce de Leon she came out as the 3rd a head of Belarus’ Maria Vasilevich and Kadijah Robinson of Jamaica.

Ponce became the first Mexican to win Miss World, Thailand’s   Limsnukan was the second in this 68th edition of the World beauty contest.

On Friday night August 10th 2018 Abenakyo was crowned miss Uganda after beating up 21 other contestants and this guaranteed Uganda having a representative in the miss world competition.

Soon after her coronation, Abenakyo’s next eye was on the global contest in which she had to work hard to achieve her dream contesting with other 117 contestants from around the world.

In the past years, beauty queens who represented Uganda did not climb the ladder that far until today when Abenakyo placed Uganda on the face of the world.

Barbara Kimbugwe made it to the top 20 in 2004 miss world Beach Beauty competition well as Juliet Akankwatsa made the top 16 in the miss world Talent the following year.

In the miss world sport and miss world Beach Beauty competition, Sylvia Namutebi was on the top 24 and top 20 list and in 2018.

Abenakyo raised the Ugandan flag so high by becoming the 3rd in this year’s miss world beauty contest.

Abenakyo made it to the top 30 and from there she progressed to round two, after round one of Head to Head Challenge before brushing out Victoria Soto of Argentina.

They had to present their Beauty with a Purpose projects before a panel of judges.

Early teenage pregnancy was Abenakyo’s project, which earned her three-way decision in her favour, to the top 30 spot.

The final five contestants had to answer pre- recorded questions broadcasted on a huge screen in judgment of 13 judges, and whoever answered the questions well was to be crowned miss world 2018 and Vanessa Ponce De Leon of Mexico won it all.

She came out as the third and we would like to congratulate you for achieving big for Uganda.