Barcelona legend Ronaldinho Gaúcho is facing financial troubles in his native Brazil due to a £2m unpaid fine that has seen his property seized.

According to a Brazilian newspaper, on Monday, July 29 a court blocked the 2002 World Cup winner from selling 57 of his real estate properties due to unpaid environmental fines and other debts.

Reports indicate that 57 of the legend’s properties were seized including confiscating his Brazilian and Spanish passports over unpaid taxes and fines.

The two-times World Player Of The Year was fined 9.5m reais (£2.06m) for illegally building a pier at his lake house in the city of Porto Alegre, the newspaper Folha de Sao Paulo said.

But as well as the environmental fine, Ronaldinho is also being pursued by creditors seeking to recover £1.69m in other debts, such as council taxes.

A judge in Porto Alegre told the Reuters news agency that because the case was under judicial secrecy rules, no details of the newspaper report could be confirmed or denied.

Ronaldinho was the 2004 and 2005 World Player of the Year and enjoyed the prime of his career at Spanish giants Barcelona. He won the World Cup in 2002 alongside fellow superstar forwards Ronaldo and Rivaldo.

The captain of that team, Cafu, is similarly facing financial problems, having had various apartments he owns in Brazil seized by the authorities.

Ronaldinho’s net worth is estimated at £80-100m and he is reported to charge around £150,000 for a single promoted Instagram post.

He played mostly as an attacking midfielder but was also deployed as a forward or a winger. He played the bulk of his career at European clubs Paris Saint-Germain, Barcelona and A.C. Milan as well as playing for the Brazilian national team.

Often considered one of the best players of his generation and regarded by many as one of the greatest of all time, Ronaldinho won two FIFA World Player of the Year awards and a Ballon d’Or.

He was renowned for his technical skills and creativity; due to his agility, pace and dribbling ability, as well as his use of tricks, feints, overhead kicks, no-look passes and accuracy from free-kicks.

Ronaldinho has had endorsements with many companies, including Nike, Pepsi, Coca-Cola, EA Sports, Gatorade and Danone.

One of the world’s highest-paid players, in 2006 he earned over $19 million from endorsements. Having endorsed Pepsi for much of his career and appeared in commercials with David Beckham, Thierry Henry and Lionel Messi.

Ronaldinho signed a deal with Coca-Cola in 2011, however, this was terminated in July 2012 after he was caught drinking Pepsi in a news conference.

At the beginning of his career, Ronaldinho signed a lucrative 10-year deal with sportswear company Nike (wearing Nike Tiempo R10 boots designed for him).

His 2005 Nike advertisement, where he was given a new pair of boots and then proceeded to juggle a football repeatedly and volleyed it against the crossbar of a goal and recover it without the ball touching the ground, went viral on YouTube, becoming the site’s first video to reach one million views.

A wax sculpture of Ronaldinho was unveiled at Madame Tussauds Hong Kong in December 2007.

Ronaldinho also had a partnership with UNICEF, the United Nations Children’s Fund, since February 2006. In 2011, he was recruited by the Joint United Nations Programme on HIV/AIDS to promote awareness among young people of the disease and how to avoid it.

In March 2015, Ronaldinho was the sixth most popular sportsperson on Facebook, behind Cristiano Ronaldo, Messi, Beckham, Neymar and Kaká, with 31 million Facebook fans. Reportedly he also has over 47 million Instagram followers. 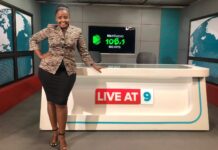 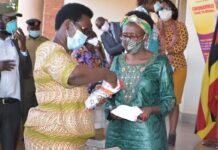 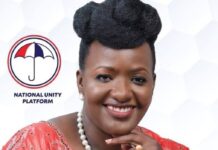