Last week Speaker Rebecca Alitwala Kadaga summoned Security Minister Gen Tumwine to report to parliament to explain why some Ugandans are jailed and tortured in the two alleged safe houses in Kyengera and Kalangala.

These two safe houses according to reports are said to be torture chambers for many Ugandans.

“We demand from the Security Minister, the information about these safe houses, one in Kyengera and Kalangala and others. The Minister of Security should come here and inform this House why they are holding Ugandans in these safe houses,” Kadaga said.

However, Gen Tumwine filed his response over the matter in the letter dated 15 August, asking parliament to come to terms and live with safe houses because they are secure places used by any country’s intelligence team.

“Madam Speaker, I wish to mention that a safe house is a secure place used for intelligence work, all intelligence and security agencies world over operate safe houses,” Gen Tumwine’s statement reads in part.

“…. running safe houses is not peculiar to Uganda but it is a worldwide intelligence practice,” Tumwine added.

The swift turn of the event follows a matter of National importance raised by several legislators on the floor of parliament indicating torture tells from victims of the said torture centres, one in Kyengera and another in Kalangala.

Kawempe North legislator, Latif Ssebagala together with other legislators in the Thursday 15 August plenary sitting chaired by the Speaker Rebecca Kadaga informed parliament that many Ugandans are undergoing torture in those safe houses by Uganda’s security operatives.

Alleging that those who have been tortured to the extent of maybe death, their bodies are thrown in the river. And as a result, the MPs wanted Gen Tumwine to explain what they called illegal arrests and detention of Ugandans without trial.

But, according to Gen. Tumwine’s statement, the mentioned individual has never been arrested by ISO according to their records. He says ISO does not know anyone named Oprah Phoebe Kiddu and she is not anywhere under detention. 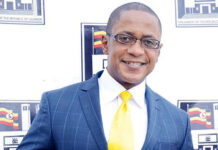 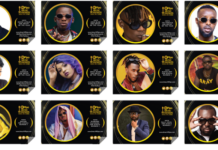 Ministry of Health: No coronavirus cases confirmed in Uganda