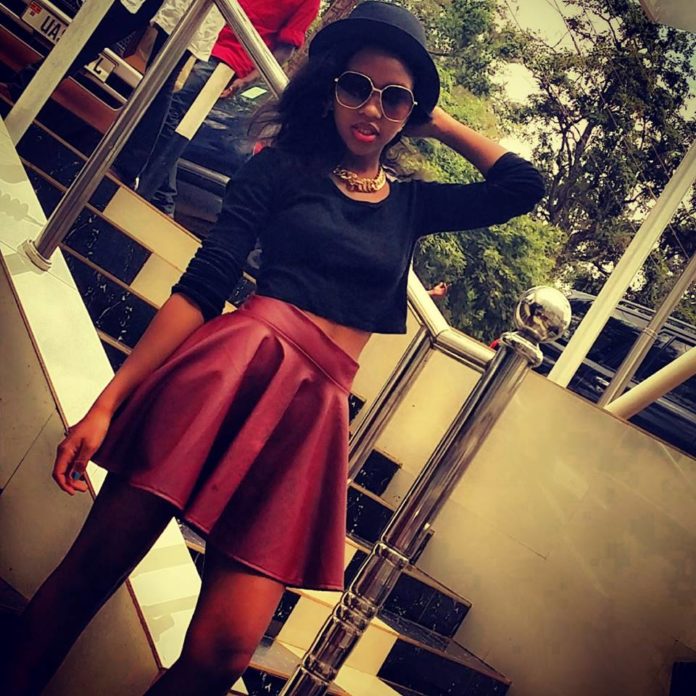 Popular TV star and daughter to Sisimuka Uganda’s Frank Gashumba Sheila Gashumba has come out publicly and accused an unknown UPDF officer of harassing her at Kampala Garden city over dress code in our latest Uganda celebrity news.

The NTV the Beat co host accused the officer for publicly attacking her after she denied him a chance to talk to her and threatened to arrest her if she doesn’t answer all the questions asked by the armed officer.

“So this army guy at Garden city, instead of guarding his boss. He is busy telling me what cloths I should wear in Uganda on a Saturday. How pathetic!!!!

A UPDF officer walks up to me trying to have a conversation with me asking me my name and where I work from and because I don’t give him my attention, he starts telling me how he can arrest me for wearing a skirt.

Who deployed UPDF to enforce fashion standards???” the slim presenter posted on her facebook page.

This has attracted people’s attention most especially feminists claiming that the police should arrest the officer for sexually harassing Sheila Gashumba.

Up to now the officers names and details remains anonymous.