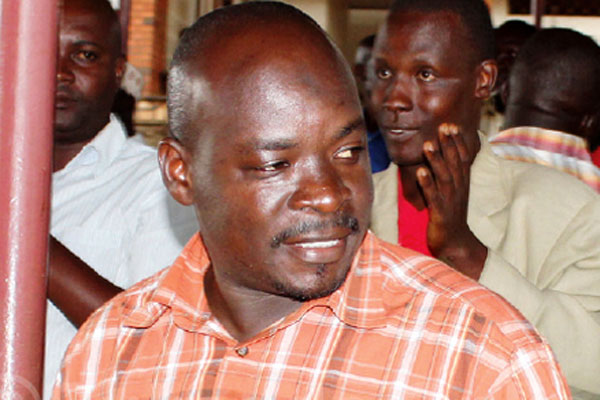 Abdallah Kitatta who is fighting charges relating to illegal owning of fire arms has denied ever being the patron of boda boda 2010 nor possessing any fire arms at the time of his arrest.

Kitatta disclosed this during close examination executed by the defence team while at the General Court Martial.

“My testimony to this court shall be the truth and only the truth.”

Kicking off his defence at the General Court Martial chaired by Lt. Andrew Gutti Abdallah Kitatta wasted no time announcing his innocence.

He revealed to court that he is a distinguished politician who was given police guards by government following way of riots in the city.

According to the charges Abdallah Kitatta is referred to as the chairperson of Boda Boda 2010 but yesterday he contested ever being a member of the said group.

He also narrated to court what materialised on the fateful day of his arrest at Vine hotel in Wakaliga.

According to him the military personnel who executed the operations were well known to him but none was presented as state witness.

“I was searched down stairs that’s where he asked me where is your gun? I said that you always have wrong information; I never had a gun. Hon. Chairman and members of this court you have all the capacity to confirm by checking my body whether it has ever touched or held any gun, then am ready to be tried by this court,” his narration to court.

Court was adjourned to the 21st day of January 2019 for cross examination to continue.

Kayihura is accused of failure to shield war materials and aiding the kidnap and illegal repatriation of Rwandan nationals. The offence attracts maximum penalty of death, on conviction.

After his release on the 28th of August 2018 he was commanded to avail himself before the court martial every first week of the month in fulfilment of the bail condition.

Kayihura arrived at the General Court Martial at around 10:20 in the ministry of defence Toyota Land Cruiser with tinted windows bearing UG 0260 number plate.

Under escort of Military police officers boarded in an army green pick-up.

He went straight to Maj. John Bizimana’s office the court registrar signed the bail form to confirm his reporting and after 10 minutes in Bizimana’s office he was led to Gen. Gutti’s office amidst tight security preventing journalist’s from taking pictures of him.

Between 2010 and 2018 its alleged that Kayihura on many instances permitted Abdallah Kitatta to use fire arms. And now Kitatta with many others under their group Boda Boda 2010 are being tried in this same court under charges of illegal possession of fire arms and other related equipment’s belonging to the army.

This time round there was no heavy deployments like it was in his earlier times at this court which disorganised resident’s businesses around the area. It was a normal day and normal activities went on as usual.