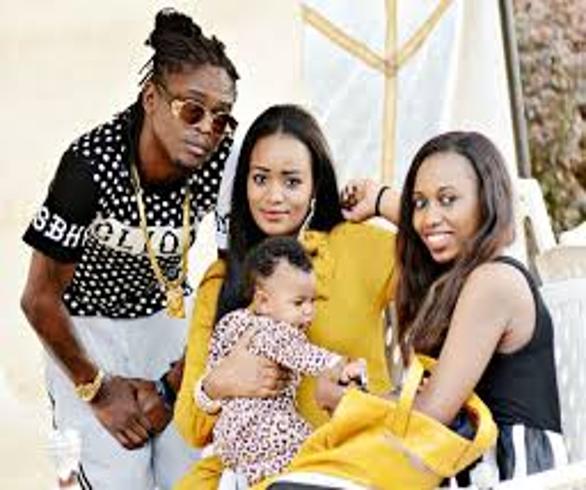 It all started when popular Ugandan singer Douglas Mayanja aka Weasel Manizo of the dynamic duo
Goodlyf snatched his brothers girlfriend Samira now the late AK47 girlfriend, impregnated her and later
married her. And the latest news reaching our news desk indicates that the “Bikoola” singer has once
again ballooned his girlfriend Samirah and they are expecting their second child.
It started has rumors but Samirah broke the silence this week when she posted her photo on social
media showing his baby and also a “heavy Samirah” showing her unborn baby, this comes after stories
that have been doing rounds on social media in past months that the two had separated after the latter
engaging in sexual intercourse with another mysterious girl in one of the night clubs in Kampala. Later
on Weasel came out and refuted the rumors and clarified that Samirah was home taking care of their
child.
On the other hand, Weasel and his partner Moze Radio recently confirmed that they will perfoming at
Kyadondo rugby grounds on 3 rd November while celebrating 10 years of the biggest music duo in
Uganda. The duo is well known for their songs like Bread and butter, Magnetic, Neera among others. Be
there.
At Flash Uganda Entertainment we wish the two a happy life.