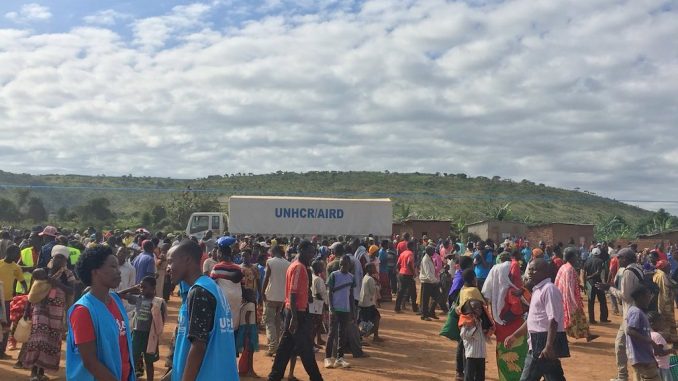 The South Korean government has donated 5,000 tonnes of rice to Nakivale Refugee settlement.

5,000 metric tonnes of rice amounting to $5m about (18.7 billion shillings) to feed refugees in Uganda have been donated by the South Korean government.

On Thursday Mr Ha Byung-Kyoo, the South Korea Envoy to Uganda said that Uganda has a remarkable number of refugees and it needs assistance.

Byung-Kyoo made the remarks after handing over the donated food to Nakivale Refugee Settlement.

“It’s indeed very admirable that you are willing to share your resources with refugees and that you can offer your land for them to grow their own food crops and live happily among you away from desperate situations which drove them away from their homes. I do hereby acknowledge that you still require urgent and robust support in this matter,” Byung-Kyoo said.

Daloum says 1.27 million refugees are settled in Uganda, and every month they use 16,000 metric tons of food which cost them $15 million about 55.5 billion shillings.

Daloum also said in the first year of their settlement, refugees greatly depend on WFP.