On Sunday, Civil Society Budget Advocacy Group (CSBAG) raised concerns that fake companies were added on the list of Ugandan traders awaiting compensation from the loss they incurred after war broke out in South Sudan.

“Uganda government entered a bilateral agreement with South Sudan government to pay Ugandan traders who supplied goods and services to South Sudan, and that South Sudan would refund government of Uganda within a period of 5 to 10 years from the date of the agreement,” CSBAG statement reads in part.

CSBAG Executive Director, Julius Mukunda, revealed that some dishonest persons are conspiring with legislators to include them on the list of individuals awaiting compensation, with clear intentions of defrauding public funds in this country.

Mukunda said various arguments are proceeding in parliament to determine who to be compensated or not.

“This is taxpayers’ money and we cannot just sit back to see people wanting to create ghost companies, to steal government money,” Mukunda said.

Mukunda however, asked the government to employ an independent audit firm to scan the right beneficiaries.

“Parliament has passed several resolutions endorsing payments of the companies and traders whose claims have been submitted to the government. However, the proposal to have an independent audit firm to verify the claim is meeting strong resistance,” Mukunda says.

Relatedly, Budget Policy specialist CSBAG, Siragi Magara says South Sudan government may not pay Uganda government the stated amount of money if at all illegal individuals are included on the list of those to be compensated.

“CSOs are concerned whether the government has a mechanism of recovering these funds, should South Sudan fail to fulfil the commitments to this agreement,” Magara said. 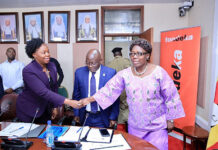 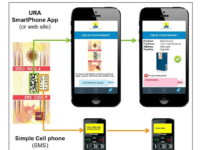 Lil Pazo threatens to sue Chameleone over comparing him to Clever...

Lil Pazo threatens to sue Chameleone over comparing him to Clever...