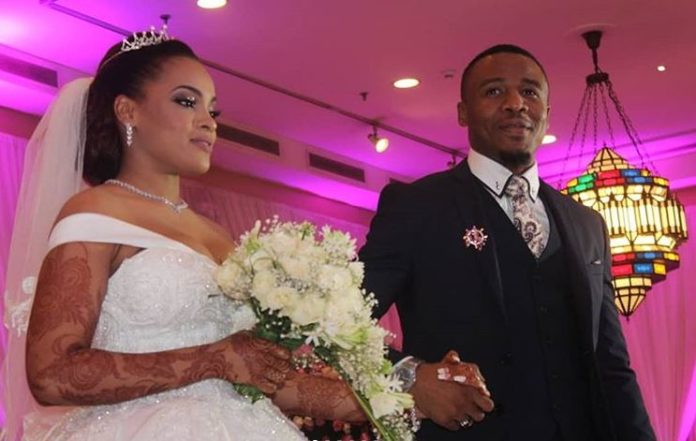 Last week singer Ali kiba one of the most celebrated male artistes from the Bongo land dominated the media after when denied to shake hands with his main nemesis Diamond Platinumz at the burial of Tanzania’s top socialite Masogange who passed on last week. The burial that was attended by several singers left revelers surprised when Alikiba seemed not to care when the ‘number one’ hit maker attempted to greet him at several occasion. He definitely won the media attention.

Ali kiba was again the star after his second white wedding with longtime Kenyan girlfriend Amina Khalef which was held at Serena Hotel Dar es salam in Tanzania a few days after the main wedding which was held in Mombasa. Ali kiba’s wedding was merged together with young brother’s wedding Abdul Kiba at the reception who also legalized bonking sessions with lover.

At Flash Uganda Media we wish the couple the best in their new journeys.