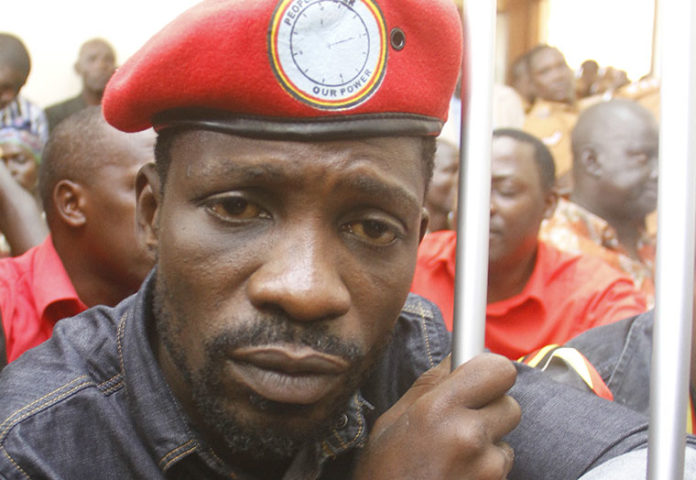 The event was organized by legendary Tony Rebel who praised Bobi wine for being a great performer and very intelligent man. Bobi wine became the first Ugandan to perform at such a big audience in Caribbean countries.

In the past months, Bobi wine has dominated the media and the music scene with several hit songs registered on his name. Songs like Uganda Zukuka, Freedom and the recent Tuliyambala Engule hit song which has taken Uganda by storm.

Many people hear the name Bobi wine but have actually failed to know who is Bobi wine, how he started his music career and how he has managed to emerge as the biggest opposition Leader in Uganda and Africa as a whole fighting for the oppressed majority Ugandans most especially those in the ghettos.

The question (who is Bobi wine?) has remained a puzzle for almost every one world and at Flash Uganda Media we have decided to dig deeper on this issue.

Our reporter Paul Wetaase has explored hundreds of facts you didn’t know about the biggest name in the Ugandan music industry of late.

First and foremost Robert Kyagulanyi Ssentamu was born on 12 February, 1982 in Mpigi district, Central Uganda, but came to Kamwokya at an early age, one of the poorest suburbs of Kampala.

It is here that he launched his music career in the early 2000s and he later graduated from Uganda’s oldest university – Makerere University – with a degree in music, dance and drama commonly known as MDD.

He is a musician from Uganda, a popular politician and freedom fighter.  His first songs were Akagoma, Funtula and Sunda (featuring Ziggy D), which brought Bobi wine into the limelight. He later founded Firebase Crew together with Bebe cool and other artistes.

His music career began in the early 2000s however due to limited funds, it took him long to make a point as he had earlier anticipated.

Bobi Wine is greatly loved, and his music is greatly embraced at the grass-roots level and he has been praised for singing meaningful music.

He has had quite a number of conflicts with the famous artistes like Bebe Cool and Chameleon. He was associated to other musicians like Buchaman and Nubian Li who have sung alongside him in various productions.

In close to twenty years, he has recorded hundreds of hit songs like Freedom, Situka, Ndi munauganda among others.

Kyagulanyi is also a movie actor, mainly starring in a few local movies commonly known as Binayuganda. He was well known for his love for cars and has quite a fleet of them, including the famous American SUV the Escalade.

Bobi Wine was also associated with a famous TV show that was filmed at his plush lake-view mansion in Magere before he joined politics. The past years he has released hundreds of hit songs featuring both local and international acts like Dilemma” starring Mr.G, Cindy, and Bobi wine himself.

From then up to date, he has never looked back and he has continuously released mega hits for his diehard fans.

Bobi‘s lyrics often promote advocacy for ghetto-residents in Uganda. He has supported several practical projects to improve conditions for the poor.

In 2012, Bobi donated funds to build pit latrines and construct a drainage channel in Kisenyi II, a Kampala slum that New Vision, a major local newspaper, described as being “characterized by filth, crowded shanty structures, poor sanitation and lack of basic social facilities”.

The newspaper quoted Bobi wine as explaining “I am doing this because these are my people, and no matter where I go, this will always be home.” He has also campaigned for malaria prevention in the past years, with donations to the Nakasongola Health Centre and other areas.

In 2013, Bobi wine was appointed Parenting Ambassador by Twaweza, an NGO that focuses on education and citizen engagement in East Africa; his message in this partnership was to promote responsible parenting among his Ugandan fans.

In November 2013 he held what local media reported to be Uganda’s first large-scale free entry album launch concert, at the Lugogo Cricket Oval, a very large venue, where donations were collected by the Red Cross for victims of landslides in Bududa, in Eastern Uganda.

In 2014, Bobi Wine was appointed as Save the Children Ambassador for their ‘EVERY ONE’ Campaign, and joined a team of 14 Ugandan artists who recorded a special song and video about maternal and child health.

Bobi Wine is a married to Barbara Itungo with four children.

He came to be famously known as the “Ghetto President” for persistently speaking out about the struggles of the lower classes and the urban poor in Uganda.

His lyrical genius and courage to drop songs that hit directly at government failures and excuses made him spectacularly popular among Ugandan youth. He insisted that Ugandans had many questions but few answers from the corrupt political leaders who were in power then in his ‘Ebibuuzo’ song.

His outspokenness and growing popularity made him a target of government censorship, particularly after President Museveni, who has been in power since 1986, started feeling the demographic shift in the country’s electorate.

For a decade he had relied on the rural vote and older people who still suffered from the collective trauma of having survived the atrocities of past Ugandan regimes.

These segments of Ugandan society are risk-averse and aren’t ready to rock the boat rowed by the man who gave them some feeling of safety even as war raged on in most of Northern Uganda up to 2008 but the majority youth who make up about 70% are ready for change.

Although Bobi Wine has always been political in his lyrics, it wasn’t official until 2016 that he made his first step into politics. That year, the presidential elections were underway and the battle was between President Museveni and his longest-running political rival Dr. Kizza Besigye.

In preparation for his bid in elective politics, in August 2016, the artiste joined the International University of East Africa to pursue a degree in Law, and also went to HARVARD University for further studies the next months.

In 2017, when a court nullified an earlier parliamentary election in Kyadondo East, a constituency on the outskirts of Kampala, Kyagulanyi grabbed the opportunity.

He won the seat in a landslide victory despite Museveni and Besigye camping in the area during the campaign period to campaign for their party candidates.

After he was sworn in as a Member of Parliament for Kyadondo East constituency, Kyagulanyi did not stop being Bobi Wine.

He told reporters that “if the parliament cannot go to the ghetto, the ghetto will go to the parliament”. He then embarked on several concerts across the country, prompting Uganda police to ban some of his scheduled performances in October 2017 and 2018.

Together with the opposition Democratic Party, he led the “Togikwatako” (Do not touch) movement which protested the amending of the constitution to up lift the presidential age limit from 75 years and also to open way for the young Ugandans below the age of 35 to contest for presidency.

During one of the parliamentary debates, the army stormed parliament and several MPs were assaulted. This was a clear signal that President Museveni had grown impatient about dealing with any form of hooliganism.

In July last year 2018, Bobi Wine was also instrumental in rallying young people to protest a new social media tax which the president presented as being intended to deter “gossip”, but which was actually a desperate measure trying to raise more revenue for the government.

Bobi Wine’s magnetic pull on the electoral scene, which has helped the opposition in key by-elections, has increased paranoia within the ruling party.

The by-elections in Bugiri and Arua districts were the turning points for Kyagulanyi to grow politically and become even more popular in the world than any Ugandan artiste or politician.

The realization that the ground is slowly shifting under their feet has sent those in power into a panic.

These few electoral victories are a sign of what awaits President Museveni if he tries to run again in a country where around 65 percent of the population was born after he took power.

In 2018, Bobi wine formed a political movement ‘People Power’ which has grown so big for the government to control and handle.

‘People power, our power’ is a slogan that identifies what Kyadondo East MP Bobi wine represents, a transition from pop star to the new poster child of regime.

The slogan been adopted as the rallying cry by a movement spearheaded by young professionals, with the help of some mainstream political actors, to create political change. These are young lawyers, IT specialists, artists, and politicians who claim that they are liberating Uganda.

Shaka Ssali a veteran journalist working with Straight Talk Africa (VOA) describes Bobi wine as a remarkably intelligent, very exposed, and very confident with a unique gift of being a remarkable artiste. When you listen to the lyrics of his music, he is a man who takes advantage of his art, he is not patriotic to his stomach or the stomach of his family, friends and relatives.

Bobi wine is using his art for the benefit of all of us so that at the end of the day we can smell some roses that reflect social and economic justice for all of us.

This is a man who basically turned his music into a social control and a music of social change. Bobi wine is very down to earth, laid back, very pleasant. That guy, he could very well be the future. He is the man Uganda has been waiting for.

Although not yet official, Bobi wine is expected to contest for president of Uganda position in 2021 general elections against President Yoweri Kaguta Museveni and Kizza Besigye.

We shall keep you posted here at Flash Uganda Media 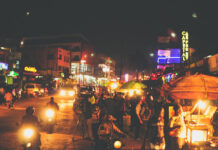 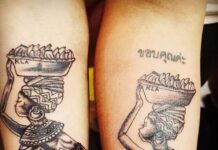 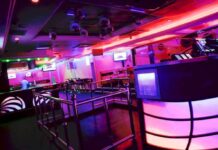