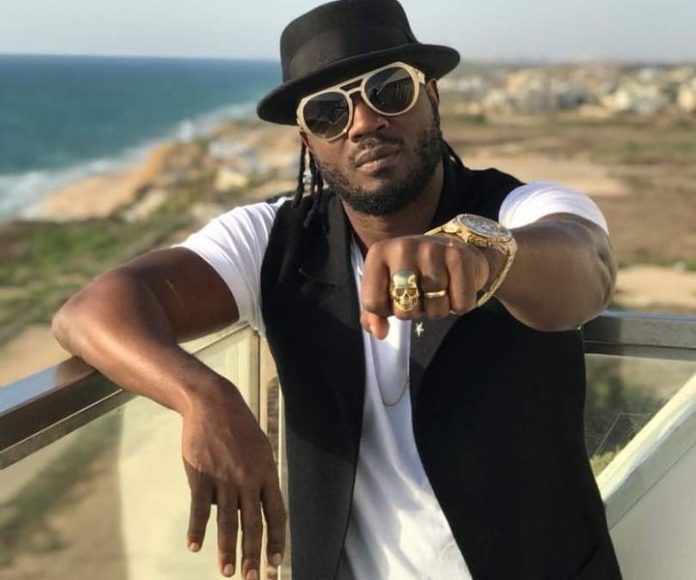 During an interview on NBS Frontline on the same table with Nobert Mao, Salaam Musumba, Ibrahim Ssemujju Nganda, Charles Odongtho and NRM’s spokesperson Ofwono Opondo, Moses Ssali also known as Bebe cool confessed that Bobi wine was running so fast and he couldn’t let the young man to go just like that.

Unfortunately Bebe Cool ignored the fact that sometimes, some vehicles are UNSTOPPABLE. At the moment, nobody can stop Bobi wine’s popularity among people not even death.

Bebe Cool said he will do anything possible to stop Bobi wine since music is all about Showbiz and Competition. I have a different opinion about music. Music is not all about showbiz but can be used a tool to reflect on what actually happens in the society.

Unlike you Bebe cool, Bobi wine is using his art for the benefit of all of us so that at the end of the day we can smell some roses that reflect social and economic justice for all of us. This is a man who basically turned his music into a social control and a music of social change.

First of all, you can only compete with a person or business that is producing or selling the same products. I wish to tell Bebe cool that he is actually not in any competition with Bobi wine anymore.

The same way Coca-Cola doesn’t compete with Blue band or MTN Uganda, Bebe cool should not be scared of Bobi wine’s music because currently Bobi’s music is the complete opposite of Bebe’s music.

However much the two singers still release music, the message being delivered by the two people is different. Reflect on a competition between Sheebah Karungi and Mariam Ndagire.

The audience, the message, the production of the music by these two beautiful ladies will bring a clear and better difference between Moses Ssali and Robert Kyagulanyi Ssentamu.

Sheebah is competing with Fille, Spice Diana, Nina Roz or Lydia Jasmine but not Joanita Kawalya.

Although the fact remains that Bebe cool is one of the talented singers and celebrated artistes Uganda has ever had, his only problem is that he still lives and wholly stuck in the past.

His music in the past four years can easily and comfortably compete with that of Lil Pazo or Roden Y but not Bobi wine’s music.

Secondly, Bobi and Bebe currently have completely different missions in life. Bobi wine looks at defeating Mr. Yoweri Museveni in the next general elections. Bebe cool instead is looking for showbiz and news coverage.

Truth be told, Bobi wine is no longer into fights and showbiz anymore.

Comparing Bebe cool to Bobi wine now a Member of Parliament for Kyadondo East to me is an insult, unnecessary and foolish at the moment when our country needs us to tackle other important issues.

The people of Lusanja are being thrown out of their houses and then Bebe cool demands that Bobi wine reacts to his childish accusations?

There are several reasons that have enabled a 37 year old Bobi wine to obtain a status which I guess Bebe cool will never attain. You will agree with me right now that he is the leader of opposition waiting to oust Mr. Museveni in 2021. He took over from Kizza Bsigye, Erias Lukwago and  Mugisha Muntu.

One of these factors is being an intelligent and a calm gentleman who doesn’t not rush things like Bebe cool does. Bobi wine only reacts where it is necessary and called for.

He is good at keeping emotions so low and also forgets the past for a better future. He does not believe in revenge.

Allow me to say this in good faith; Bebe cool is just a Ugandan Musician that needs time to identify where he actually belongs.

He is that person who hasn’t identified his competitors and that’s why he has attacked Radio and Weasel, Eddy Kenzo, King Saha, Ziza Bafana, David Lutalo and several others. His major problem is that he has not yet discovered his worth.

He must choose whether he is a People Power fan, an established or legendary musician, another attention seeker, a family man or a staunch Muslim believer. He has several choices.

Tuliyambala engule and Freedom are lyrically rich songs with a mission to rescue the people of Uganda from the oppression while Katono is a song describing how a small butt shakes.

In conclusion, let me put this clear. In Uganda today there is nothing like Bobi wine – Bebe cool battles basically because one is extremely above the other.

You should leave Bobi wine alone to fight his political battles for his people in his constituency and concentrate on your music, Sir.

NB: That’s our opinion, What’s yours?