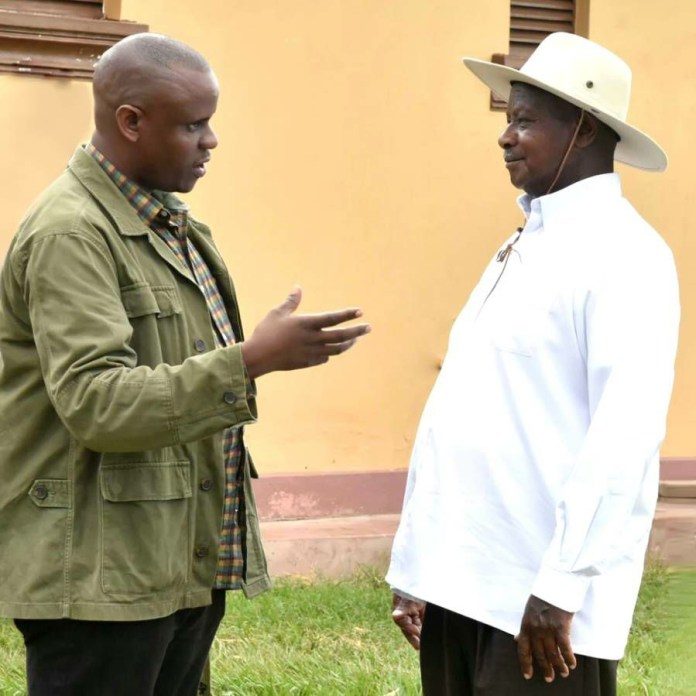 The letter of intention to sue was released on Monday January 28th on Balaam’s facebook account demanding a compensation for damages of 1 billion shillings and 50 million shillings to Muwema and Company advocates as their remuneration.

“People Power, Clock and Red Color were registered long time ago and they are planning to sue us for using their party symbols. Now, People Power is a registered party,” Mukasa posted on his page before Balaam reacted.

“Balaam Barugahara was the chief coordinator of that project. He is responsible for all this mess,” he added.

This caused a stir on social media where Bobi wine supporters attacked Balaam with insults and threatened never to attend his organized shows or listen to his radio Radio 4.

This came after Bobi wine’s statement that was made in September 2018 claiming that People Power Our Power is not a political and he is not intending to register it but instead it is just an idea they are using to bring change in Uganda.

People Power is a slogan widely used by opposition figure Robert Kyagulanyi alias Bobi Wine in his campaign against the government of President Yoweri Museveni.

Balaam through his lawyers have asked Mukasa Bajjo to pull down the post and issue an unconditional apology which will be posted on his page.

They further ask that Mukasa pays Shs 1 billion on Balaam as damages for defamation and Shs 50 million as legal fees. This money is meant to be paid with 5 days, short of which the lawyers would proceed to file a suit.

But Mukasa has refused through another post on the same page to apologize to Balaam but instead claimed to fight until death for a better Uganda.

We shall keep you posted if Balaam continues with the case.