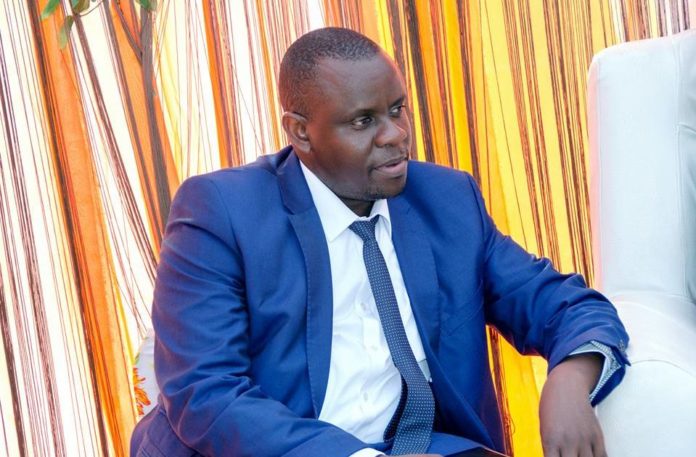 Balaam Barugahare, a Ugandan event promoter and organiser has denied claims of registering non-governmental organisation (NGO) under the name People Power, a slogan widely known to be used by a politician also a musician Robert Kyagulanyi.

The Kyadondo East MP Robert Kyagulanyi commonly known as Bobi Wine, initiated the People Power, our power movement few months ago but it has since assembled a numbery of followers.

Including politicians, political activists, civil society organisations and the ordinary people. People power followers identify themselves in colour red while their leader Bobi Wine wears a red attire and a clock for his gatherings and campaigns.

Balaam, the owner of Balaam Enterprise, a marketing and promotion agency also an NRM party member said that this false statement was issued by his competitor Andy Mukasa of Bajjo Events via his face book page.

On his face book post, Andrew Mukasa Bajjo claimed Wine’s red colour, clock and people power slogan has already been registered as an NGO in care of the elderly by Balaam and President Yoweri Kaguta Museveni who Bajjo claims is Balaam’s boss.

And as a result, Balaam through Mwema and Co. Advocates, demand an apology from Bajjo for alleged misinformation and compensation on damages caused to him including defaming him, hatred, abuse and insults from his followers and clients over false allegations.

Balaama proceeded and said that; he has never registered an organisation in the name ‘People Power’ and such an idea has never crossed his mind.

“The above allegations are not only false but they have also provoked hate campaigns on social media laden with abuse and insults against our client. For the record, our client has never registered the words or name People Power and has no intention of registering these words at all,” the notice of intention to sue reads in part.

The letter continued to read that;

“Our client takes strong exception to the abuse of your freedom of expression by engaging in acts of offensive communication and cyber harassment contrary to section 24 and 25 of the Computer Misuse Act.”

Another part of the notice states that; “…that you pay our client within 5 days’ damages now estimated at shs1bn for offensive data publication together with shs50m being our legal fees,” Advocate Fred Mwema stated.

According to Mwema and Co. Advocates letter they want Bajjo to retract the post off his face book page and write an apology to Mr Balaam on the same face book page.

Now following Mwema and Co. Advocates purpose to sue Bajjo, he again rushed to his page and said that Balaam and his Lawyers want to press him, after disclosing their rotten move.

This followed earlier reports through the media stating that Mr Balaam had registered a Non-Governmental Organisation (NGO) to care for the elderly under the name People Power also represented by the red colour, a clock among other things people power movement hold.