UEFA Champions League group stage draws for the 2019/ 2020 campaign will be held tomorrow in Monaco, France.

UEFA Champions League – With the 32 team tournament set to also kick start on 18th September, the final group opponents will be determined at a usual location of the Grimaldi F in Monaco where they have been held for several years.

Four English teams will be in the draw in addition to clubs from Spain, Italy, Germany, France, Russia and Portugal among others.

The annual draw for the group stages, which can play a major part in a club’s fortunes in Europe, will take place this week after the last remaining play-off round ties are decided on Wednesday.

Already, 29 of the 32 teams in the group stages have been confirmed, with three more teams due to progress to join them through qualifying, potentially including 2018/19 semi-finalists Ajax.

So what can the four English teams, Manchester City, holders Liverpool, Chelsea and Tottenham expect?

How does it all work?

There are four teams in each group, one from each ‘pot’, which theoretically stops the strongest teams from knocking one another out too early.

The top pot, Pot 1, includes last season’s UEFA Champions League winners Liverpool and Europa League winners Chelsea , as well as Manchester City and the rest of the domestic champions from the top-six performing leagues across Europe.

Chelsea beat Arsenal to lift the Europa League trophy in May

The rest of the pots, 2-4, are decided in rank order of the remaining 24 clubs’ European co-efficient – which is a calculation of their performance in the UEFA Champions League and Europa League over the last five years.

No two teams from the same association can be drawn together at this stage – so there will be no English derbies just yet.

Who’s in which pot?

All of the clubs in Pot 1 have already been decided. The six league champions – Man City, Barcelona, Juventus, Bayern Munich, Zenit St Petersburg, and Paris Saint-Germain – will all be seeded top of their respective groups, along with Liverpool and Chelsea.

Certain other clubs also know what pot they will be in already, but with three teams yet to be confirmed, some qualified sides’ fate is still to be decided, depending on who makes it through.

Real Madrid, Atletico Madrid and Tottenham will be in Pot 2 while Antonio Conte’s Inter Milan will be in Pot 3 and could easily be drawn against his former club.

Teams with limited recent success in European competitions, like Galatasaray, Atalanta and Lille, will be in the final pot, Pot 4.

Who else could join them?

There are three teams yet to qualify – so some of the pot placements depend on what happens on Wednesday night.

Here are the three remaining ties – home teams listed first – and how the two-legged play-offs are balanced so far:

Of the six clubs in action, Ajax is the only ones who would get into Pot 2 if they make it through. The rest will all drop into Pot 3 or Pot 4. 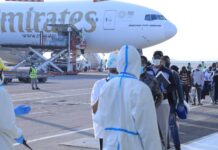 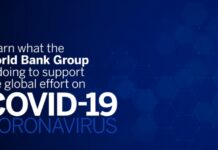 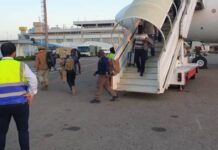 KCCA Issues 33 Guidelines on Reopening of Arcades, Here Is a...

KCCA Issues 33 Guidelines on Reopening of Arcades, Here Is a...