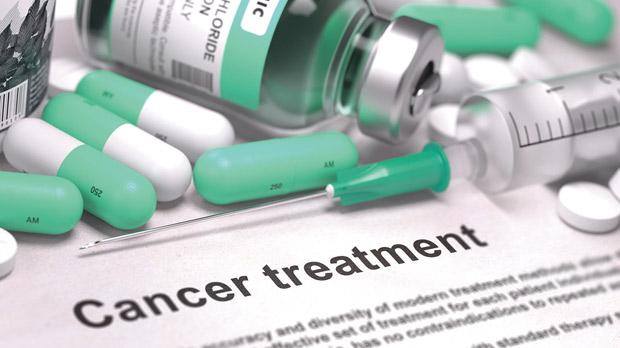 As the Uganda honours the International Cancer day on Monday 4th of February, there’s evidence that the plague is deepening. According to 2018, reports Uganda cancer institute registered over 4,000 diagnoses.

Dr Noleb Mugisha head of the Community Cancer Program at the Cancer Institute said that they only managed to respond to 10% of the cases recorded, due to budgetary constraints.

“The problem is just rapidly increasing; the estimated number of people who suffered cancer last year 2018, was about 32,000. At Uganda cancer institute we got over 4,000 new patients, we received over 150, new children with cancer.

Dr Mugisha says prostate cancer is most recorded in men while breast and cervical cancer dominated in women. But credited people’s cover noting that many are visiting the hospital to access cancer services.

“For prostate cancer we begin at the age of 50. If all 50-year-old came to hospital for cancer check-up we would actually not lose the many men, we are losing to prostate cancer. People have become more aware and more people who would not otherwise have come to hospital are coming to hospital, because our partners the media houses especially, have really increased the awareness.”

“We are trying to establish regional cancer centres; in Mbarara we have a regional cancer centre that has a ward, I think about 21 beds. We are training health workers to provide cancer services at district level. We have so far trained over 500 health workers at district level in cancer prevention and cancer early detection services,” Mugisha added.

Migisha also stated that, their budget is huge as regards to what they receive as funding which makes it hard for them to fulfil their stated plans.

“I want to tell that the funding we have for cancer is just 10% of want we need, because when you hear that we have a radiotherapy machine that runs 24 hours, you know and we have may be few doctors and other health workers that run it for 24 hours that is overload for them but also the machine is being over loaded to run all this time. It could be nice if we had a radiotherapy machine for every region.”

While Jackson Orem the ED Uganda cancer institute says Uganda is joining the community of cancer advocates internationally like international union against cancer, the American cancer society, world Health Organisation among others, to honour this day and add up our effort in the fight against cancer.

“In the first instance you know, we have woken up fairly late in the fight against cancer but the good thing now is that we are there, we need actually to do something. I think the fact that awareness is being created and we are on the stage internationally and also creating awareness with in our community that it’s self is a big game.”

“Well, even though the budget is cut the government is always in the process of prioritising areas where resources should be allocated and the fact that we are seeing this as a threat as far as health sector is concerned, it’s my hope that the awareness that we are creating is going also to alert people who are actually allocating resources to see that there’s a big problem. So, this is going to be a priority area.”

The International Cancer day was initiated purposely to encourage its prevention, detection and treatment.