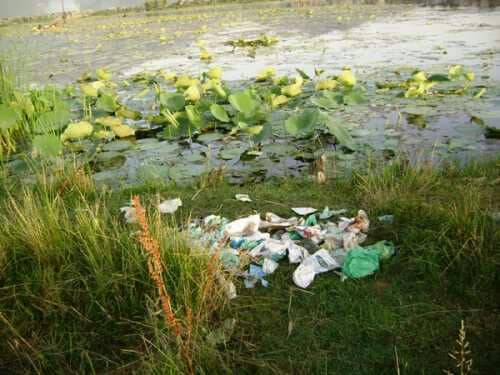 As term one opens Schools are executing the earlier directive issued by the Ministry of Education and Sports banning polythene bag use in all schools.

On 4th October 2018, all schools were issued a circular stopping students from using polythene carrier bags on school premises by the Ministry of Education and Sports.

In addition, the Ministry also threatened to act against schools who would entertain Kaveras at school premises by either parents or learners.

“The decision by the Ministry has been done because there’s need to safe guard student’s and the population from the dangers that come with use of buvera in institutions and the general public, their health concerns and health hazards many of which are very, very bad to the population, especially children very, very dangerous to them. So, this is the reason why the Ministry made a decision to actually write a circular to all institutions guiding them on what must be done and when it must be done,” Patrick Muinda said.

This came after National Environmental Management Authority’s request to the Ministry of Education and Sports to join the campaign in the fight against polythene bags usage in the country.

NEMA says, the directive came in, at the right time when they are at the peak in the fight against Kavera.

NEMA says banning polythene bags from school and getting youngsters on board was necessary, in the fight against Environmental destruction.

“We would expect that the influence of schools would pervade people’s hopes and people begin to transit consciously to the use of environmentally friendly alternatives. And we were very optimistic that the practice is going to catch on.” Christine Echookit Akello Ag. NEMA Executive Director observed.

According to the Ministry of Education the resolution wishes to protect the Environment and anyone who moves against the directive risk sanctions.

“So, head teachers are aware of reward and sanction framework and we don’t tend to worry so much about a head teacher or head of the institution not paying attention to what they are supposed to do as regards to the guidance given to them. So, we are really sure that there shouldn’t be a huge challenge. And if there is, then again the Ministry will provide guidance accordingly,” Partrick Muinda the Assistant Communication and Information Management Ministry of Education explaining.

Meanwhile, as term one opens school are seen enforcing the new guidelines of no kaveras as they receive students.

And some teachers embraced the directive saying that it will help in Environmental conservation and keeping it safe and eventually kick out Kavera in Uganda.

“We had already discouraged our parents from bringing Kavera at school, where by we encourage them to at least use paper bags or plastic containers instead of Kavera because Kavera is so, so dangerous to our environment.”

In consideration of human health and Environment, plastic bags usage was stopped in accordance to the Financial Act 2009, and its guidelines.

While Section 4 of the same Act, accepted woven bags for carrying commodities and packaging and outlawed strongly the sell, the use and distribution of plastic bags.