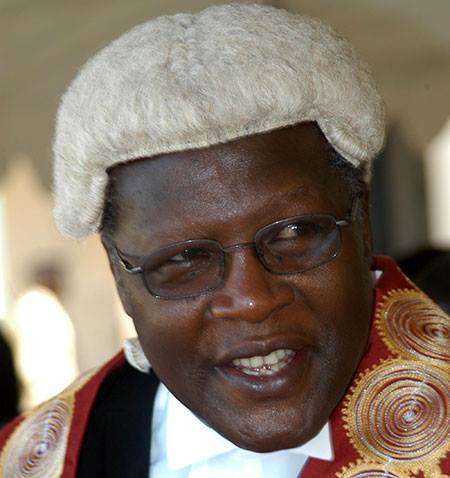 He says if not addressed through increased enrolment, it will be a blockage to economic development in the country.

Katureebe said this at the opening ceremony of 2019; new law year officiated by the Vice President Edward Kiwanuka Ssekandi at high court in Kampala.

The Judicial service system has been equipped with information and Technology innovation. But case backlog is still a threat.

And now enrolment of more judges is still needed to close the gaps in the exemption of justice.

“We need more judges. That is the message that should resonate at all times until the song becomes acceptable to head of State,” One of the judges stated.

While Katureebe said that “The other newly gazetted high court circuits such as Luwero, Hoima, Lukunguri, Iganga, Tororo and Moroto are not yet operational due to shortage of judges. It is my humble appeal to government to implement the resolution of parliament, and increase the number from 52 to 82,” Katureebe observed.

So in this pursuit, lawyers are calling for placement of at least one judge per district. Which can only be achieved by increased training of legal officers in the country.

“Let the factory determine the quality of raw material, not the gatherer of raw material. I request that everybody who does legal training in a recognised University is given an opportunity to go the LDC and fail under the whole weight. If I can pay for myself at LDC why do you stop me? I am not wasting any tax payers money! I just want to go there do the exams and fail them. And if I fail, LDC will tell me you are unable to be a lawyer or you are incompetent, repeat. If I want to repeat 6yrs why do you stop me? I have the money,” Kahinda Otafire said.

Chief Justice Bart Katureebe, said that there are many cases expected to be cleared this year yet judges are few.

“Am happy to learn that Judiciary is embracing the use of information in communication technology (ICT) which has potentiated to reduce delays in administration of Justice.”

The new law year is an annually held by the Uganda judiciary, at the high court in Kampala. However, dignitaries including former politicians and judicial officers attended the 2019 session.