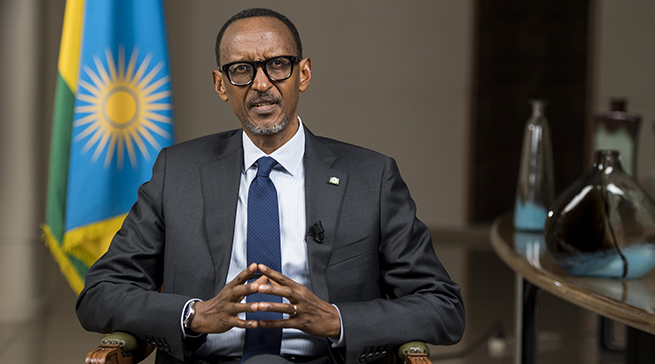 Maj Gen Frank Mugambage, the Rwanda’s envoy to Uganda to meet the Uganda ministry of Foreign Affairs officials, to clarify the stand-off, over the temporary closure of three border points of Rwanda and Uganda.

This followed Thursday declarations by Rwanda authorities that they have temporarily closed Katuna border post to truck and related motorised transport to enable construction work at the border points proceed well without inconveniences.

Rwanda had proposed that tracks use Mirama hill border point, Ntungamo, for a meantime.

In a media briefing, on Friday 1st of March, government spokesperson, Ofwono Opondo, disclosed that Mirama border is closed as well, and only 12 out 129 trucks destined for Uganda were allowed to cross over.

Adding that temporary closure was also effected at Cyanika and Kagitumba border points.

Opondo told journalists in Kampala that Rwanda’s Ambassador has been invited to the Ministry of Internal Affairs, Friday afternoon to clarify on the matter.

“Brief us on official reasons for this closure or what they have officially described as temporary diversion.”

Opondo continued to say that the meeting will seek to address three important key points.

One- lifting the siege on the border points. Two- what Rwanda is processing between now and later today about the stand-off, and three- underscoring the need for normalisation of activities at the common border points of Katuna, Mirama hills and Kagitumba.

Opondo relatedly, revealed that Rwandan pupils, students who attend Ugandan schools and national are being denied entry to Uganda.

“Yesterday we had the weekly market at Kisoro at Cyanika border. They did not allow Rwandese to bring their merchandise or to come and buy. The impact is not openly felt in Uganda but also on the Rwanda side because many of the people buy essential goods from here. Even hundreds of school children from Rwanda cross to Uganda and go back every evening. They were not allowed to come. Apart from the temporary closure as a result of construction, we have not received official communication as to why Rwandese are not allowed to cross to Uganda.”

He however, advised motorists to use Ntugamo-Mirama hills.

In addition, he said Air transport is not affected by this standoff.

“Flights have been going on smoothly at Entebbe Airport whether for Fly Rwanda Air or any other airline. No Rwandans or Ugandans have been affected by this.”

In his further communication, Opondo said that Uganda has no problem with Rwandese to the extent of restricting their entry into the country.

“Rwandans in Uganda are doing their normal activities as they have done. There’s no Rwandan in police custody outside jurisdiction of the law. Any Rwandan in custody has been proceeded through the police system or judicial system.”

Today at the border points of Katuna and Chanika towns, business is off, after Rwanda custom officials allegedly refused to clear cargo truck crossing over.

Uganda and Rwanda had a bitter relationship few months back, which later stabilised. And today the reason for placing on these restrictions is not yet known.