Following weeks of discussions, the Parliament of Uganda has finally approved the new O-level curriculum that will see learners exposed to many practical subjects.

According to the Education Minister Janet Museveni, rolling out the curriculum was already delayed because of its intended benefits like exposing young learners to issues of creativity and innovativeness.

Mrs Museveni who was first to support the new curriculum explained that the old one has been based on students attaining grades from attempting theoretical papers without entirely affecting a child’s brain and thinking capacity.

“The current curriculum was designed in the 1960s to address mainly producing the human resource for white-collar jobs. The government currently has a different development agenda to address the country’s transformation. We note that a lower secondary level is still basic educat

“The new curriculum is competence-based aimed at exposing the learners to issues of creativity and innovativeness and emphasises values which have been a challenge. The teaching has been developing only the cognitive domain (just about grades) without developing the entire child,

Besides, Janet implied that subjects like Kiswahili have been given a straight go-ahead to be taught in all schools because it is the country’s second official language.

READ  Tamale Mirundi tells son: You can’t be my successor if you marry Sheebah

Also, she stated that in past times, students have been overloaded with many ineffective subjects and in other subjects like chemistry, teachers have not been completing the syllabus.

“Kiswahili has been introduced at primary and it should continue at secondary since it is even the second official language. There has been a lot of outcry on the overloaded curriculum with a menu of 43 which have now been reduced to two, of which 11 subjects are compulsory. Many

Janet further added that content in physics was mainly centred on areas of electronics and also in Geography many topics like the Rhine lands, Tennessee Valley and many others had to be removed in a bid to keep relevant with the social expectations.

“Some of the content in subjects like physics was obsolete in the areas of electronics. Geography has had topics like the Rhine lands, Tennessee Valley, these and many others had to be removed to keep relevant with the expectations of our society and the world today. The competen

What does the New Curriculum bring?

The new curriculum will see termly exams scraped off and replaced with projects attempted by students at the end of every single topic whereas teachers will be required to take note of students’ progress before new topics are introduced.

READ  Government Officials Are Behind The Killings Of Prominent People In Uganda: Idah Nantaba

Meanwhile, at the end of it, all the senior four graduates will leave with two certificates including the ‘O’ level certificate and that of the world of work under Directorate of Industrial Training (DIT). 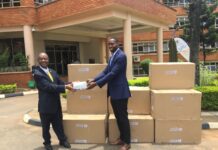 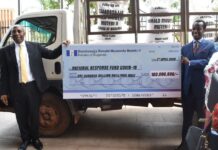