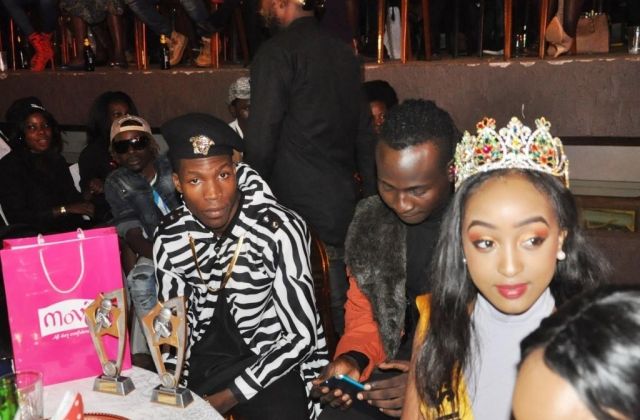 On Thursday 29th March, Kampala based youth urban radio station Galaxy Fm unveiled a list of the winners in the Zzina awards at Freedom city’s sky beach which saw singers like Sheebah Kalungi, Ykee Benda, Fik Fameica, Da Agent, B2C and Radio and Weasel winning different accolades ranging from Artist of the year to Breakthrough Artist of the year.

The man of the night was fast rising danceable lugaflow singer Fik Fameica who won Best Artist of the year accolade, Best Breakthrough Artiste followed by B2C with song of the Year (Gutamiiza ft Radio & Weasel), Best collaboration (Gutamiiza), Jose Chameleone with Legendary award, Sheebah Karungi emerged winner of best Female artist while Ykee Benda scooped Best Male artist of the year. Congratulations to all the winners of the night.

But controversial comments from artists, media personalities and fans are doing rounds on social media over winners of the night. Most of the fans have referred the awards as a vigil for dead artistes and producers who actually deserve the awards.

First of all, Producer Danz Kumapeesa (RIP) was awarded producer of the year which many have called madness because there people who produced better songs and deserved the award. Besides Nessim who is actually a four time winner produced many good and hit songs that Ku Mapeesa. Another disagreement is about Fik Fameica winning Artiste of the year and then fails to win male artist of the year. Many have referred to this as being poorly organized and the criteria used in selecting winners. Also Da Agent winning best Lugaflow song of the year beating Fik Fameica was unbelievable since the Kutama singer was a hit all over country with several hit songs like Kutama, Byenyenya among others.

In case you missed the awards ceremony here is the full list of winners at the Zzina awards.

Artiste of the Year – Fik Fameica

Song of the year – Gutamiiza ( B2C ft Radio and Weasel)

Best Afro beat song of the year – Nyongera by B2C

Inspirational song of the year – Tambula Nange by Mowzey Radio