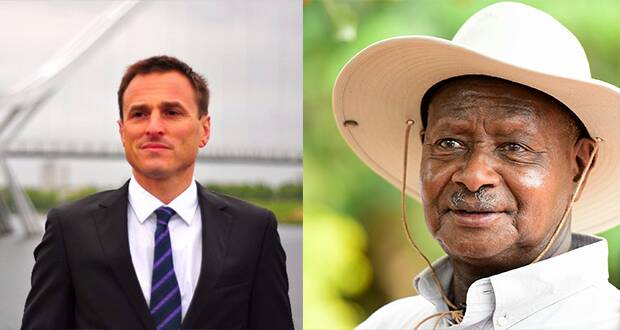 You’ve probably heard a lot about President Yoweri Kaguta Museveni in Uganda national news who is currently representing Uganda at the ongoing Common Wealth Heads of Government (CHOGM) 2018. It seems that one of the members of Parliament of United Kingdom Paul Williams is disturbing the “Leopard’s” peace when he officially came out and criticized Museveni for overstaying in Power for 32 years and it’s high time for him to resign and give other people chance to take over Uganda.

Through his official twitter handle, the confident Paul Williams exposed Museveni as a barrier to development in Uganda which has left the country in a poor state.

The state house has come out and responded to Paul Williams. According to Don Wanyama, President Museveni’s Press Secretary said that it’s unfortunate that some UK law makers still believe in colonialism.

“This UK MP still possess a colonial mentality where he thinks western metropolis should determine what happens in Africa. Mr. Paul Williams show Ugandans some respect. We know what’s best for us. Have you stopped to ask how long the queen has been on the throne? Said Wanyama on his twitter handle.