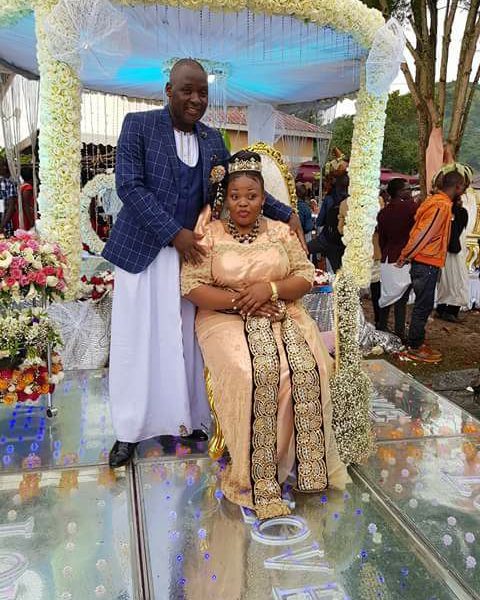 If there is any celebrity couple that has faced several challenges cheating inclusive and other criticism in Uganda celebrity news is that of popular band singers from golden band Fred sseruga and Catherine kusasira. They have separated at several times and released bad and good songs about each other.

This week these lovers decided to legalize their bonking sessions when the sweet wange singer decided to introduce Sserugga to her parents in luweero district. It was smiles all over every one at the functions which saw almost all artistes in Uganda and other Ugandan celebrities attending this event traditionally known as kwanjula. Among the artistes who showed up for the kwanjula included prof. bigeye, bobi wine, Pastor Wilson bugembe, hajji haruna mubiru,dr hilderman, Ronald mayinja, mesarch ssemakula, stecia mayanja amog several others.

At flash Uganda media we wish the couple the best in their new journey.