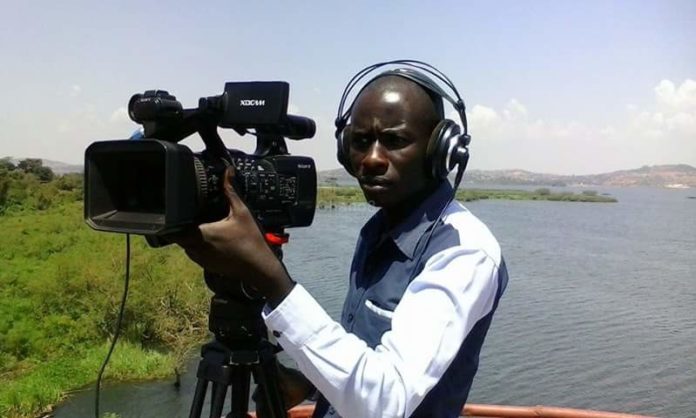 In August 2018, NTV’s Solomon Kaweesa was rumoured that he was planning to leave the Serena based local TV station to join NBS TV their main competitors after the failure of the later to increase his salary.

Later on, the magical reporter denounced these reports and claimed that he was still at NTV Uganda for more where he has been for at least five years now.

Solomon Kaweesa joined NTV Uganda five years ago as an intern and was retained as a freelance journalist before he was given a permanent contract because of his exceptional abilities in reporting most especially on sensitive and investigative stories. He is one of the most celebrated Luganda reporters and rated highly for his abilities.

Solomon Kaweesa rose to ranks in the TV reporting business with his sleek and uncomparable style of reporting with the Luganda speaking skills and experience which has improved the performance of NTV Akawungeezi news bulletin in the land.

In an interview with a local newspaper, Kaweesa narrated how he has managed to breakthrough and maintain his status as a leading reporter.

He says that unlike other reporters who sit in the offices and wait for stories, he goes to the field and finds out what is happening on the ground.

“There is no magic that I use; I use my phone to get news from over the nation” he said.

Solomon Kaweesa is also a song writer, vocalist and has written several songs for different upcoming and established artistes.

He has reported on several issues like the previous IPOD meeting where President Yoweri Kaguta Museveni met with other party leaders to discuss the future of politics in Uganda, he also covered the controversial Tugende e Kiwatule show Vs Bobi wine’s cancelled show at One Love beach in Busabala.

The question has always been, what makes Kaweesa the best TV news reporter?

Our reporter Paul Wetaase talks about some of the things that have enabled Kaweesa to rise to the top.

All we can say at Flash Uganda Media, Solomon Kaweesa is a must watch for any Ugandan.

Catch him everyday on NTV Akawungeezi at 7PM.

Please let other people know about him by SHARING this article many times.